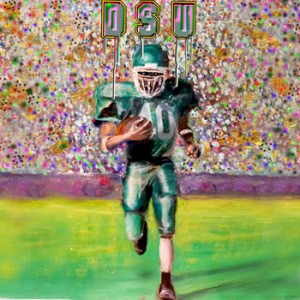 Alex G’s DSU, a follow-up to 2012’s incredible Trick, encapsulates something that few other albums released this year were able to. With a meshing of 90s lo-fi sounds and early Midwest emo, the young singer-songwriter is able to carve a sound that is entirely his own. He takes quite a few risks, incorporating some funkier synth lines on songs like “Promise” and departing from the typical mold of bedroom-pop singer-songwriter, while his lyrics, often exceptionally relevant and succinctly introspective, add a huge amount of emotional depth to the fantastic album. – Anwen Parrott 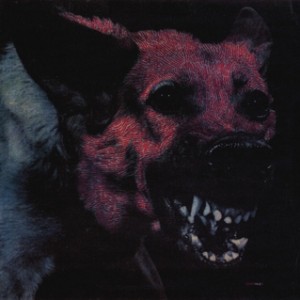 Under Color of Official Right is an ambitious album and occasionally falters as a result, but when Protomartyr get it right, they just get it. On their second album, Protomartyr achieves the “dark, powerful, doomed” aesthetic in a reserved fashion; the post-rock quartet demonstrates control and mastery in all that they do, drawing more attention to the quality and depth of their introspective and conceptual lyrics. – Anwen Parrott 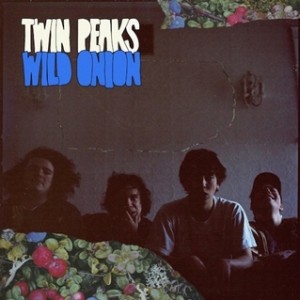 Everything about Twin Peaks’ Wild Onion is cool. Their track “Flavor” exemplifies exactly that makes this album great: catchy hooks, slick guitars, youthful energy and a damn good time. The Chicago rockers have grown up a lot since their previous release, but they never lose that laid-back charm that makes their music so great. – Christine Pallon 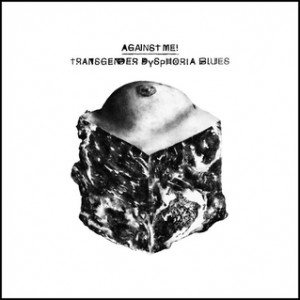 Laura Jane Grace reinvented the band after White Crosses and released an album that has the same power as Reinventing Axl Rose. The fire in her belly was stoked and a concept was sparked. She became relatable again: to myself, to the restless punks, and to the LGBT community. The story of a transgender women is told throughout the songs in a perfect album where one track is not worth skipping. – Danny Stankus

I am pretty confident that there are only two words necessary to understanding the brilliance of this record: live instrumentation. Just listen to the drop (if you can call it that) on lead single “Can’t Do Without You,” as the snare-and-tom-roll bleeds into the intensifying, lifting synth line, it’s truly an ethereal experience. If this dude wasn’t tripping when he wrote this record, I would be very curious how it’d turn out if he had been. – Tyler Durgan 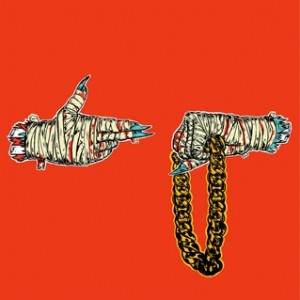 Run the Jewels’ second album tops their first in almost every way. The hooks, the beats, the lyrics: The album is the brutal synergy of two veterans perfecting their art. El-P’s beats are grimier and heavier than ever, and Killer Mike’s politically conscious verses are succinct and biting. “All My Life” rages against police brutality in a jarring way, and “Love Again” is the perfect Run the Jewels love song, all grinding bass and wonderfully fucked up lyrics. The hooks on “Blockbuster Night Part 1” and “Close Your Eyes (and Count to Fuck)” (featuring another veteran rapper notable for raging against the machine) are absolute bangers. This album is proof that veteran rap artists can break new ground without sacrificing what made them unique in the first place. – Justin Kamp 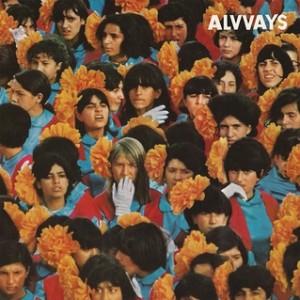 The Toronto-based band’s debut was one of the best introductions for an indie pop group in 2014. Alvvay’s self-titled released, through Champaign’s Polyvinyl Records, was not only outstanding on its own but solidified the band in a position to grow. The record’s clean orchestration is enticing enough on its own but frontwoman Molly Rankin’s vocal melodies seal the deal throughout the album. “Archie, Marry Me” sees Rankin’s vocals swing in-and-out of the chorus, dragging your ears and heart around like a rag doll. Consistency ties the record together, with songs like “Atop a Cake” giving weight to the album’s backend, mixing the modernity of the band’s instrumentation with a natural 90s rock feel. Alvvays sets you up hoping for more when the album comes to an end, but there’s no doubt after their self-titled release that the Canadian band will be appearing at festivals throughout the country when the summer rolls finally around. – Sean Neumann

Merrill Garbus of tUnE-yArDs walked a fine line with Nikki Nack in attempting to blossom from the seeds planted in prior releases without alienating the fans who nurtured them. Fortunately, she was able to do just that, and then some. Perhaps expectedly, Nikki Nack is fiercely original, showcasing Garbus’ already established talents, but the album also exhibits some of pop music’s best qualities: hi-fi clarity, catchy hooks, and lush vocals. In striking this delicate balance, Nikki Nack is one of the most unique albums of the year. – Elias J. Tracy 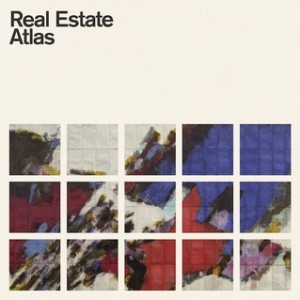 Real Estate’s Atlas brings back their classic sound with a couple more notches of polished perfection. Each song on their album is masterly crafted and creates the goldilocks of dream pop this year, even with the few chords the use and the simple melodies. “Had to Hear” is the perfect lazy, transcendent song to drive to, while “Navigator” lends the listener a little more to think about. Listeners cite this album as perfect from track 1 to 10, and I think the album deserves every praise. – Lizzie Porter 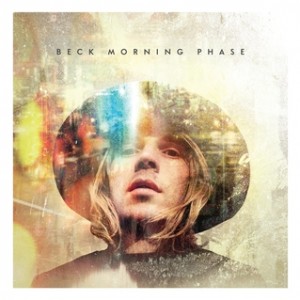 Morning Phase is album number twelve for the beloved Beck Hansen. After Beck announced that Morning Phase is a sister album to 2002’s psychedelic-folk Sea Change, many rose their expectations for the new material. Unfortunately, some believe Morning Phase fails to surpass the unflawed Sea Change. Beck self-produced Morning Phase, and it’s possible that Nigel Godrich’s guidance may be the explanation for any shortcomings. Nonetheless, it’s still great music and certainly worthy of 2014’s best of. – Ricky Sniegowski