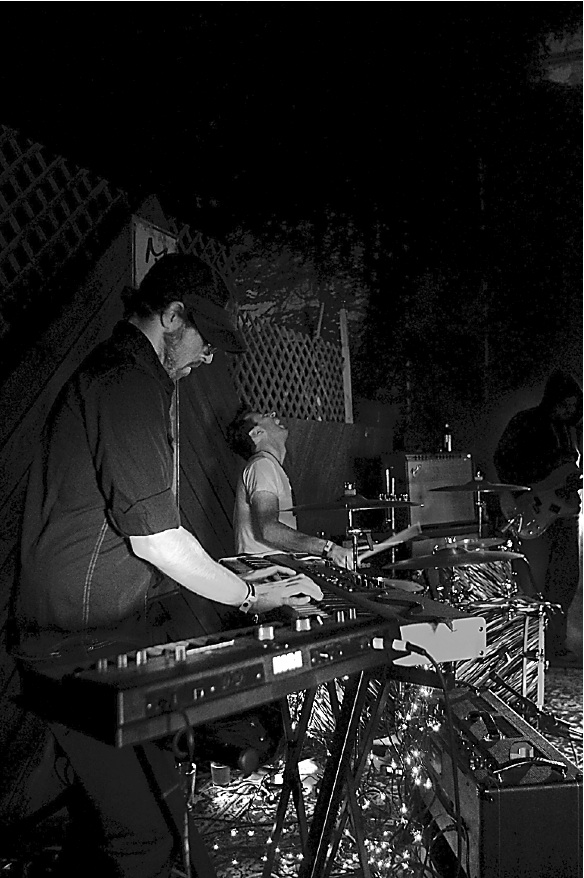 The band, The Dirty Feathers, performs.

The stage at Cowboy Monkey on Saturday was dominated by local bands Folded Bones, Midstress and the Dirty Feathers, and joining them was White Mystery from Chicago. The night seemed as promising as ever and I quickly realized that I was in for a treat.

Folded Bones’ garage rock was a great start to the evening. Up next was Midstress, who brought their punk element to the night. About halfway through their set, they dedicated a song to Whitney Houston, the legendary singer whose death was announced just a few hours prior to the show. This only intensified the crowd’s approval. The band ended their set with “Too Many Shoes, Not Enough Feet,” a song from their latest album Growing Up is Getting Old.

White Mystery, a brother and sister duo from Chicago followed Midstress, and Everything about the band was impressive: hair, sound, singer-guitarist’s Alex White’s back bend. Feeding off the band’s energy, I found it was almost impossible not to move, and that seemed to be the general consensus coming from the crowd.

Keeping the spirit of the approaching Valentine’s Day alive, Andrew Kling and Ted Faust of the Dirty Feathers joined White Mystery on stage bearing an excitingly-sized Valentine’s Day card from the Dirty Feathers, with love. White Mystery continued its set with “Take a Walk,” a song about walking in Chicago, which was my personal favorite, because what’s not to love about walking in Chicago?

Lastly, Saturday turned into Sunday, and the Dirty Feathers took the stage. At this point of the night Cowboy Monkey was packed and ready for these local favorites. Along with songs off Midnight Snakes, the band played “kind-of-new” and “new” material, including a song they are currently recording. They ended their set with “Echo Hands” after which I heard a sad “Are they done?” from someone in the crowd who was clearly yearning for more. Once again, the Dirty Feathers have successfully contributed to the great Champaign-Urbana local music scene.