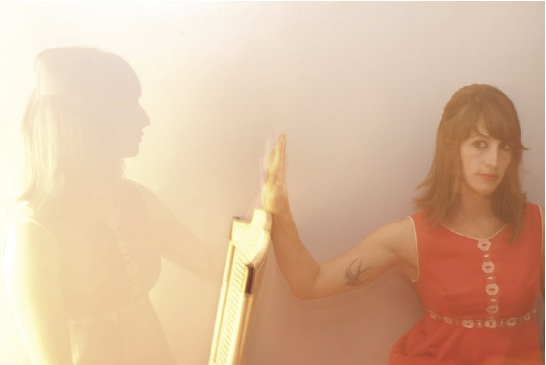 Used with permission from Psychic Twin

Psychic Twin has been building considerable buzz around CU for a while now, thanks primarily to the release of their single “I Want To Forget” last fall. However, after a quiet year playing only a handful of local shows, the psych-pop outfit will release a new 7”, “Gonna Get Her,” on Lefse Records.

Front woman Erin Fein says the new release is “a good representation of where [Psychic Twin] is going as a band right now,” and the synth-heavy, electro-glam title track even landed on Urban Outfitters’ New Music Mondays playlist, an opportunity Fein says she owes to the hard work of the band’s manager and label promoters. Not surprisingly, the track’s primary influences remain Fein’s preferences growing up, including Tears For Fears, Cyndi Lauper, and Prefab Sprout.

Psychic Twin will be performing with Deathtram and Dirty Feathers at Cowboy Monkey in Champaign on Thursday, August 16th, for the official physical release of the 7”.

The show Thursday also marks the kickoff for a short tour that will take Psychic Twin’s self-described “psychedelic dance-pop” through much of the Midwest. Fein says the band is finally ready to begin hyping up the future release of their full length debut after “keeping heads down and making sure of the right focus for the last few years.” After Thursday’s performance, Psychic Twin will head to Chicago before making their way elsewhere across the Great Plains.

Recent addition to Psychic Twin’s moody dream-pop, drummer Jonny Sommer, is also helping the band become tour-ready. As Fein describes, Sommer’s addition is “going to add some live energy to the set that we’ve been missing as a two-piece.” The multi-instrumentalist’s role in the band’s aesthetic is still developing as well.

“I think his role is going to grow to a place where he might switch instruments quite a bit during the set,” said Fein. “He’s extremely talented.”

Basically, Psychic Twin is gearing up to take on the world. And if that isn’t reason enough to catch them live, Fein promises the show will include yet another incentive: “strobe lights.”