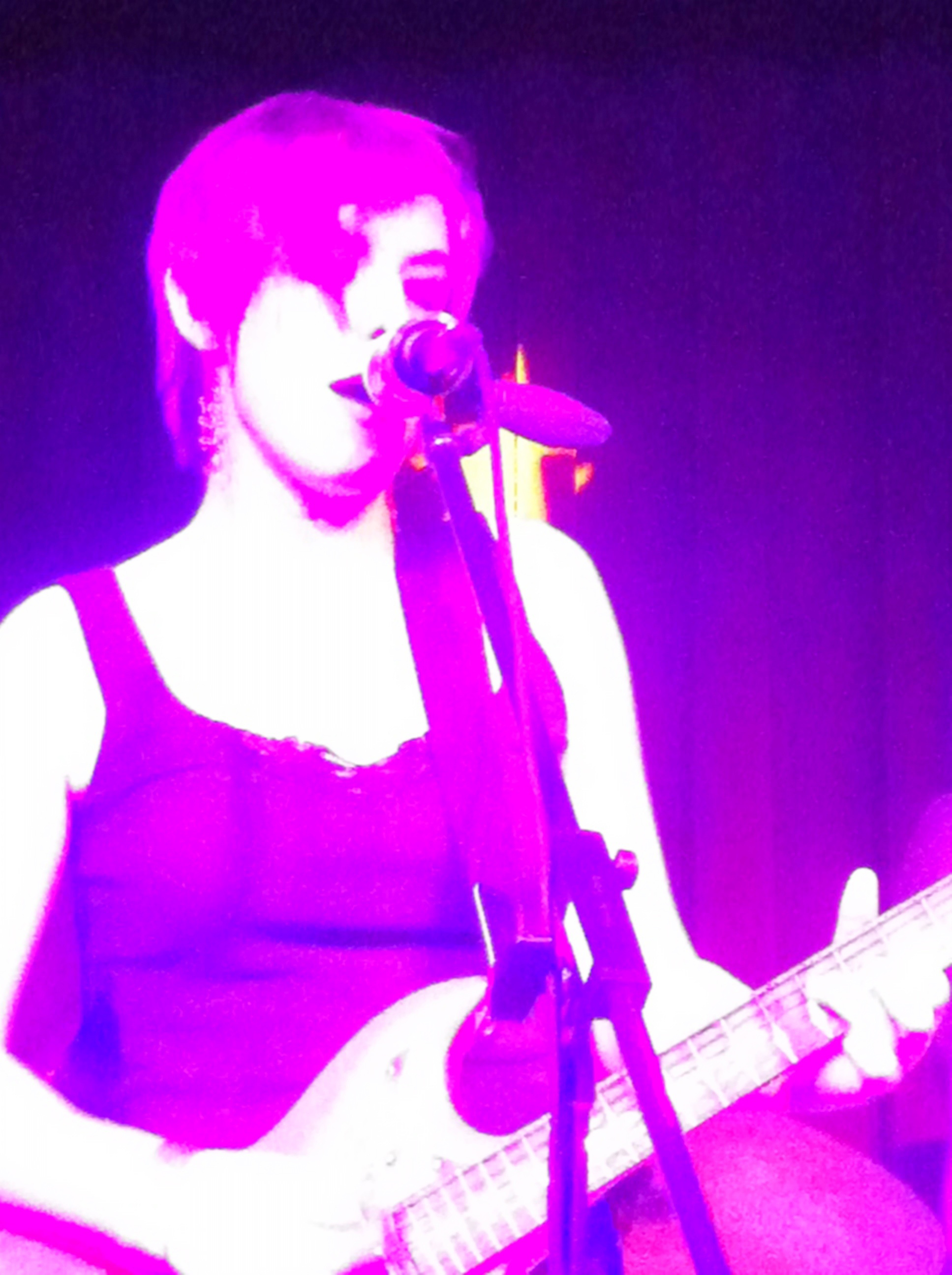 Her haunting voice echoes as her fingers embrace each string of every chord on the neck of her guitar. Often compared to Fiona Apple, Champaign’s very own Megan Johns admits that her “gothy-folk-metal-pop” sound is influenced by “every part of life: sadness, joy, friends, death, birth, roots, soil and love.”

Sometimes “accompanied by strings, horns, percussion, bass and drums,” the fusion of her sultry, somber-yet-cool tone creates a comforting trance and lures her listeners to unearth a deeper subconscious level.

Musically, she finds herself drawn to Smashing Pumpkins, Black Sabbath, Billie Holiday, Elvis, Deftones, Radiohead, The Cure and The Beatles, just to name a few. In addition, she says that some of her local influences include Hathaways, Psychic Twin, Shannon Swords, Angie Heaton and Common Loon.

Growing up in a musical family, Johns fell in love with music.

“When I was 15, I played my first all-original set at Cowboy Monkey during the break of singer-songwriter, Roger Cler,” Johns said. “I wasn’t sure if I would end up doing primarily visual art or music, because I strongly identify with both — actually, creative pursuits in general. I did go to college for fine arts. But I must have started gravitating toward music as a real primary when I was 14.”

A year after that Cowboy Monkey performance, she released her first full-length CD, Dirty Shoes, which ignited her career. 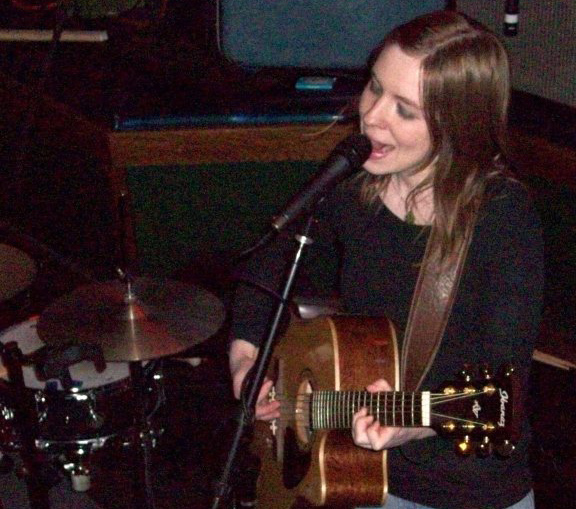 In 2012, Johns revealed her solo eight-track album, Hey, Lonely. Songs like “Stepped Up” and “By the Way” exhibit a subtle, mature angst matched with an acoustic metal sound, highlighting her guitar skills. Inspired by a lost love, Hey, Lonely’s cover art completed the feelings of absence and misplacement that the album exposed.

“The cover’s a photo I took through a hippie-made, crystal kaleidoscope my mom bought around the Oregon rainforest where a lot of my family lives,” Johns said. “It was taken in the living room of my childhood home at about the time I was feeling most forlorn — age 19. I think the thematic, though sort of obvious, Kaleidoscope photo fits well.”

Johns’s vulnerability is showcased and the sentiment of “never losing hope” translates well to a heart’s mending.

The charming songstress admits that the one thing she enjoys about performing is seeing the audience.

“If someone listening gets something out of it, it makes the endeavor worthwhile. Music helped me through so much of my life,” Johns said. “I hope to use it to help others (promote healing, positivity, epiphany and understanding), and to instill the value of creative pursuits in general.”

Johns is looking forward to “cleaning out [her] soul in good company” at Mike ‘N’ Molly’s on Nov. 15 with her back-up band, Moonwish, and bass/sax player/friend circa third grade, Dave Cohen.

“Also, I just applied to the South by Southwest Music Fest in Austin, and I’m planning a mini-tour, as well as writing and planning new recordings.” Johns said.

To see Megan Johns with Moonwish, Hemmingbirds and Midas the Crow, head to Mike ‘N’ Molly’s on Thursday, Nov. 15. The show starts at 10 p.m. and costs $5.