This year was an interesting one for local releases. While full albums were a rare treat, many local artists moved toward singles and EPs, sacrificing grandiose artistic statements for quick and compact morsels of music. While we couldn’t get to it all, we at buzz made a big step in covering the local scene more closely, and we’d like to continue doing so in the future. So don’t be a stranger! Any CU band/artist who expects to release something in the coming year, send a heads up to music@readbuzz.com and we will do our best to review your stuff in an installment of our Regional Bias column. We don’t bite … Hard.

In the meantime, here’s a quick recap of some of our favorites from 2012: 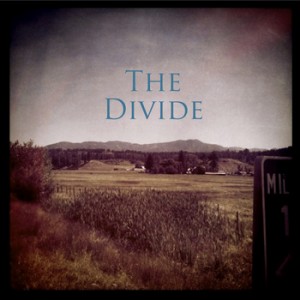 The Divide, Self-titled EP
Mumford & Sons put out an album last year. It was as complacently average and intently mediocre as their sore little English hearts could manage, yet people still seemed excited by it. I don’t mean to judge others’ tastes, but why settle for processed fodder like Marcus Mumford when an authentic Americana band lurks in our own backyard? While Babel relied on the oozing cheese of its unnecessarily large vocabulary of human body parts to affect raw emotion, local folk four-piece The Divide are simply honest boys telling it like it is rather than streamlining your music consumption. But as if the superiority of singer Ben Montalbano’s intimate storytelling isn’t persuasive enough, last year’s self-titled effort from The Divide features much of the same instrumentation as Mumford & Sons, only more precisely executed for emotional crescendo, such as the anxiously paced banjo of “If I,” the flirtatious swing of “Windows,” or the simultaneous nostalgia and optimism evoked by “When the Spring Comes.” To really feel the authority The Divide commands over the folk and Americana genres though, listen to stand-out track “Colorado.” Montalbano’s steady croon, kept company by a solemnly faithful electric guitar line, soars through a bitter, angry, yet self-conscious deposition of failed romance. The Divide offers an authentic Americana experience of Midwestern lust, love and loss with the catchy hooks to keep you humming the friendly bass melody of “County Line” long after the shallow, superficial Mumford comparisons die out. ­ —Tyler Durgan 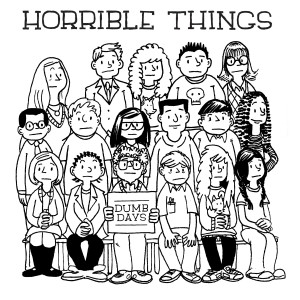 Horrible Things, Dumb Days
Punk through and through, Horrible Things’ Dumb Days bleeds out with the laments of a post-relationship heartache. The nine-track album never releases the gas pedal, delivering a high-energy sound that entices and encapsulates you with every listen. The first eight tracks on Dumb Days follow the healing process after a devastating break up. Coming full circle on the eighth track, “Steps,” (which contains perhaps the catchiest vocal melodies on the album) the first seven songs are dominated by the clouded mind of an abandoned heart. The anger is immediate in “La Paressé” as lead singer Tim Reynolds screams out the line “You mother fucker, you stole her away from me,” and continues, although self-focused throughout the remainder of the album. Appropriately sprinkled with Peter Pan’s “I Won’t Grow Up,” the meticulous thought put into the writing of Dumb Days is apparent, as each song grows upon the last, completely presenting the evolution of emotional grievance. The premier track “$20” is merely one minute and six seconds long, but successfully stands out as one of Horrible Things’ best. It’s not surprising to find “I found on the ground, twenty bucks” echoing in your head for hours on end or for the line to be triggered by Andrew Jackson’s face upon that cloth, green canvas. “(I’m) Passive Aggressive” is no different. The sixth track’s opening line finds a way to infiltrate your ears and stay there. Perhaps the best ear infection available, Dumb Days is filled with catchy vocals, in-your-face music, and an emotionally relatable subject to draw your empathetic interest. Just as Reynolds admits, “It’ll happen again, but until then…” in terms of crawling back to love, there’s no way to escape Dumb Days after you get a taste. You’ll be back and you’ll be begging for more. ­—Sean Neumann 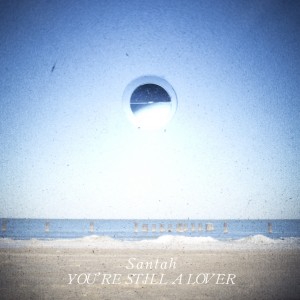 Santah, You’re Still A Lover EP
While Santah recently relocated to Chicago, they will still always be a Champaign band in our eyes (or our hearts). Santah released You’re Still A Lover this year, a five-song EP full of lush guitars, interesting keyboard textures and large harmonies. The harmonies come courtesy of Vivian McConnell, sister of lead vocalist/guitar player/songwriter Stan McConnell, now a full-fledged member of the band.
The lyrics on You’re Still A Lover beautifully depict someone falling head-over-heels in love and all of the emotions that come with it. “Teeth” shows a man falling in love with a woman while still in a relationship with another woman, while also acknowledging the vulnerability that comes with new love: “Not at all kidding, it’s not at all cheating if I am giving it all to you/All my weaknesses, I can’t promise them, but you already knew/I’m a catch, I’m so deep/I’m a trap, I’ve got teeth/But you already knew.” The musical arrangements on You’re Still A Lover are great; keyboard arrangements weave in and out of the mix of standout track “Indigo,” creating a dreamy landscape that transcends traditional indie rock, and “Springfield” starts the EP with Santah’s best groove yet. Though it is a bit short at five songs, You’re Still A Lover is a welcome addition to Santah’s catalog, and easily one of the best CU releases of the year. Here’s to hoping a new full-length comes soon. —Dan Durley

Coed Pageant, The Seasons EPs
Coed Pageant, the side project of Bradley and Gretchen Bergstrand of The Palace Flophouse, released a substantial EP for each season of the year. Anyone who has lived in the Midwest would notice how these EPs showcase the duo’s ability to get at the essence of, musically and lyrically, each season. Ever so relatable now is the loneliness brought on by Midwestern winters, as both Bergstrands sing on “Be Here,” “They open up the wounds that you had sword had gone away.” They sing together for the most part, splitting into pleasant harmonies and back. Even the instrumental tracks on the spring, summer and fall EPs achieve seasonal perfection. Tastefully added horns and strings on other tracks do the same. —Maddie Rehayem 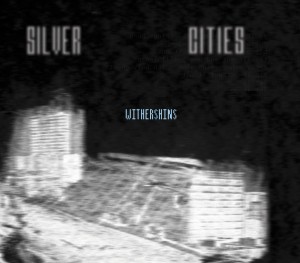 Withershins, Silver Cities
Silver Cities, the sophomore LP from Withershins is heartfelt and twinkly, and perhaps more “buildy” than any other CU album, or album in general released in 2012. The full-bodied sound of this band is a symphony created with echoed-out guitar solos and precisely placed vocals, exemplified on the second and third tracks, “Glittered Out” and “Monkey.” Frontman Isaac Arms’ raw emotion on this album is tamed by some beautiful production (done by Aaron McCallister at Earth Analog). Each song is an exciting venture into the band’s shoegazy instrumentation and emotional lyricism. —Maddie Rehayem
Editor’s Note: Perhaps the most interesting thing about this album is that it is a “CU rock” album to its core. As Arms remains one of the driving forces of the current scene, Silver Cities manages to speak about the highs and lows of being in a CU band while sounding very much like Hum and Braid, perhaps the greatest and most influential CU exports.

Kowabunga! Kid, Surf Witchery Halloween Cassingle
After taking over 2011 with Easter’s heartfelt and near-perfect Demonstration, the boys and girls from Garfield’s Garden didn’t rest in 2012. Easter bassist Aaron Shults formed his lo-fi, Wavves-inspired side project Kowabunga! Kid and put out two short, but sweet, releases. While both were tons of fun, Surf Witchery saw the trio really come into form with some spooktacular Halloween-themed garage-punk. If you didn’t get a chance to hear “Wolf Luv” and “Surf Witchery” back in October, give it a listen on their bandcamp. It still rocks no matter the time of year. —Evan Lyman