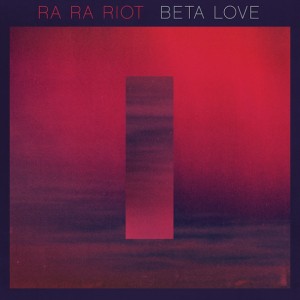 It was a dark and stormy night. With the wind and rain howling at my window, I sat down to listen to the lead single “Beta Love” off Ra Ra Riot’s long-awaited third album, the inevitable follow-up to 2010’s chamber-pop opus The Orchard. But I was immediately taken aback by the glaring absence of Ra Ra Riot’s characteristic string section. Instead, the gentle backdrop of violin and cello had been replaced by a harsher synth and a pounding 808 kick. The album, also titled Beta Love, has since officially dropped, and any hopes I had of liking the band’s new direction have been completely dashed. As with any other demise, it’s important to investigate every possible angle to determine the cause, location and culprit behind the death. Ultimately, I want to know: who killed Ra Ra Riot?

The Cellist
The first suspect was the most obvious. Alexandra Lawn, the former cellist, left the band last February and took with her the fundamental legs which the band’s baroque sound stood upon. But blaming her seems like the easy way out (how much can a single individual who isn’t even a member of the band really have on its fate? Even the staunchest McCartney supporters have to admit the interpersonal tensions that drove the fab four apart were way out of Yoko’s control).

The Producer
Apparently the band opted to hand over all creative control to their producer, Dennis Herring. According to the SPIN feature on the recording of Beta Love, the guy wouldn’t even let (former) violinist Rebecca Zeller mess around with different synthesizers, insisting his impeccable discretion would single-handedly allow them to create a truly great album. What kind of dumb shit is that?

The State of Mississippi
This hunch is far more outlandish, but then again, so is the vomit-inducing, neo-R&B second half of Beta Love: the first two records were written in the cooler northern states of Washington and New York. Suddenly, the band decides to write and record their entire album in the heart of the South. Maybe all the heat and sweat got to their heads and they simply lost their minds. According to this statistic I just made up, tons more people go insane in the summer months. But seriously, the geographic location of a record’s conception does seem to play a critical role in its tone. For Emma, Forever Ago wouldn’t have sounded quite the same coming from a Hawaiian bungalow or a studio apartment in Brooklyn.

Passion Pit
The now-famously tormented frontman Michael Angelakos recently took Ra Ra Riot on tour with Passion Pit, and I’m thinking maybe his band’s carefree electro-dance could be to blame for Beta Love. After all, he makes it look both easy and fun, who wouldn’t want a piece of that?

In the end, I’m not sure we can ever truly determine what lies behind the missteps of a once-great band like Ra Ra Riot. All good things must eventually come to an end. It’s merely a shame Ra Ra Riot didn’t follow a different old cliché: if it ain’t baroque, don’t fix it!