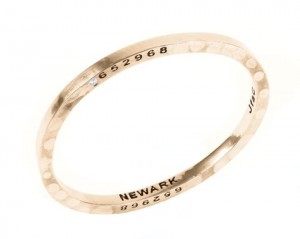 Gun control seems to have become a major topic of discussion in the past few months, especially after recent tragedies around the country. Jessica Mindich, being a loving, protective mother, has taken it upon herself to put her crafting skills to use by developing a design that would transform guns into jewelry while simultaneously raising awareness and keeping guns off city streets. Although never being apart of her occupational goals, she began designing jewelry and donating all of the profits to nonprofit organizations such as Alzheimer’s Association, DoSomething.org, and the red Cross, resulting in an amazing $350,000 worth of donations.

After meeting with Major Cory Booker of Newark Police Department, a program was set up to bring about more safety. For every gun returned to the department, $200 would be given to the owner of the weapon. This “no-questions-asked buyback program” was successful in attracting gun owners to bring in their possessions, but the station lacked money to give back upon the returns. That’s when Mindich brought her skills into play.

After studying other foundations that took guns and transformed them into rings, bracelets, earrings and necklaces, she composed a design to signify “…illegal guns and what they’re doing to America.” After melting 250 shredded guns, she designed some with studded diamonds and engraved the serial number found on the gun that the materials of that specific bracelet were extracted from. Each said “Newark” and took the form of the trigger, an oval-like shape. Getting guns off the street became the most important idea with the project, as it became a huge success with over 1,000 orders from not only areas around Newark, but Brazil, Malta, and New Zealand.

The collection was named after collaboration with Mindich’s son: Caliber Collection. This two-part title exemplifies the physical caliber of a gun and “how the caliber of a city is raised when guns are taken off the street,” as Mindich summarizes proudly. Booker was thrilled with Mindich’s idea and thankful for her help.

For more information on the project and collection, click here.