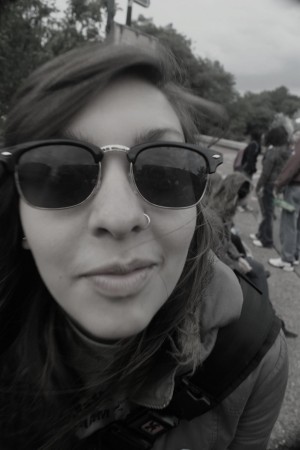 » FUCKING SLAYER: I fucking love Slayer. As far as the “big four” in thrash metal go, they are king. Take the other three of the big four: Metallica, Megadeath and Anthrax. Metallica are the sellouts of the group — any doubt of that was erased with 2011’s monstrosity collaboration with Lou Reed. “Loutallica” produced Lulu, a record that was funny at best. Megadeth is famous for making an album called Peace Sells… But Who’s Buying? I don’t know about you but I sure am buying. End war; hail Satan. And who gives a shit about Anthrax anyway? Now, I’ve only dabbled in metal, but I know a quality band when I see one. Sure, it’s fun to draw pentagrams and write the band’s logo all over university property, or to almost shell out $80 to buy their official Christmas sweater, but nothing compares to the badass feeling of actually listening to Slayer. So, the next time you see me head banging across the quad, you’ll know what’s in my ear buds (hint: “RAINING BLOOOOD/FROM A LACERATED SKY/ BLEEDING ITS HORROR/CREATING MY STRUCTURE/NOW I SHALL REIGN IN BLOOD!!!”) 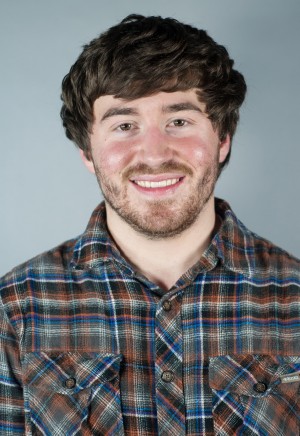 » Baseball: I’m so happy that ESPN has started covering baseball again. This means spring training has started, and opening day is just around the corner. Sure, they may only talk about the newly uncovered documents linking a new crop of players to steroid use, but I’ll take anything baseball related over another ESPN exposé on head trauma in football (I get it, you guys. Football players get hit in the head a lot.)

» Jameson: The only time I drink Jameson is when the Cardinals win the World Series, so you should all look forward to seeing me drunk roaming the streets of Champaign in a Fredbird costume. I’ll be harassing every Cubs fan I see. You’ve been warned.

» Getting dunked on: I love basketball just as much as the next guy, but I don’t know if I’ll ever play in an intramural basketball league again after this year. My team went 0-4, and last Monday a towering frat star tried dunking on me while his team was up by 25 points. What gives, man? Here I am, trying to play a friendly game of “put the ball in the peach basket” and you’re dunking on lil’ 5’8” me.

» Quirkiness: What better way to stand out than to have some really weird habits and like some really weird stuff? Heck, I get a kick out of all the people who like me only because I’m different. One time, in fifth grade, my class made a mix CD, and every kid got to put a song on it. While everyone picked a Linkin Park song, I picked one of my uncle’s European techno songs, which I later (the next day when I had numerous adults talk to me) learned was all about very inappropriate things. At least I didn’t come as a repeat. It’s good to be unique!

» Dancing hands under automated sinks: When it comes time to wash my hands, I begin with jiggling my fingers in an attempt to play air piano rather well, and then if that doesn’t work, I start moving my upper arms in a solo attempt at The Wave. Sometimes if I hear music in my head, I classify my flowing movements as an interpretive dance. Other times, I call them those damn things that are apparently invisible because hello, this particular sink doesn’t seem to be encouraged to outpour water on my dry, desparate limbs.

» Good things coming to an end: I’ve worked with buzz all four years I’ve been at this school. Working my way up from a Food & Drink writer to the Assistant Food & Drink Editor to Copy Chief, I have enjoyed my time with this publication immensely. I will miss all the friends I made while at buzz, and I wish them all the very, very best. Even now, we’re all joking and having a good time during final edits and I’m sad that this huge part of my life is coming to an end. Sob.