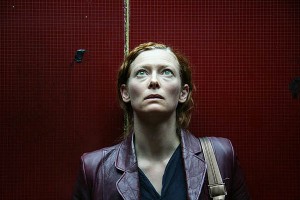 Used with permission from Magnolia Pictures.

Ebertfest slips into town with such little fanfare that many students aren’t even aware of its existence. But don’t be fooled by its low-key nature — this festival is one of the largest film festivals in the Midwest. For those of you who don’t know, Ebertfest is spearheaded by renowned film critic Roger Ebert. Ebert picks some of the most beautiful and imaginative films to showcase Champaign’s Virginia Theatre. Ebertfest 2013 looks like it’s going to be the most exciting festival yet with a film secretly shot at Disney World, a controversial religious social experiment and an appearance by Academy Award-winning actress Tilda Swinton. Here are a few of the movies we are the most excited to see.

Days of Heaven
Golden Texan prairie serves as the gorgeous backdrop to 1978’s Days of Heaven. The rolling farmland showcases the ebb and flow of one young girl’s life: when times become truly blissful for her, and when life cruelly begins to take away. Filmed in Canada, much of the film was specifically shot during the “magic hours,” either at sunrise or just before sunset. The effect is stunning and surreal, and the eerie beauty of the landscape marries perfectly to the wistful story told in calm voice-over by young Linda (Linda Manz). She is little sister to Bill (Richard Gere) and journeys with him and his girlfriend Abby (Brooke Adams) to work on the cropland of a wealthy farmer. Bill and Abby attempt to keep their love secret, but soon it is the farmer who begins falling in love with Abby.

The film won the Academy Award for Best Cinematography and the statue was awarded to principal photographer Nestor Almendros, yet additional cinematographer Haskell Wexler allegedly shot over half the film. Expect him to have a thing or two to say about it when he appears as special guest of the fest on Wednesday.
–Ben Mueller

Kumare
The boundaries of spiritual practice are ambiguous, and to be a master at the subject seems rare. Today, yoga and meditation centers attribute to a $5 billion industry. Therefore, many people can’t be getting what they paid for, right? American filmmaker Vikram Gandhi goes incognito as Kumare, a long-haired, thick-bearded wise Indian guru to prove how little it takes for people to believe in a well-packaged religious leader. A provocative social experiment, the 84-minute documentary is set in a yoga center in Arizona with followers looking for enlightenment and a Kumare ready with his teachings. Gandhi takes the audiences on a fake guru’s journey that not only exposes the awry standards of blind faith, but also reveals a spiritual truth.
–Sneha Shukla

The Spectacular Now
Described by director James Ponsoldt as a “teen film for adults,” The Spectacular Now details the fledgling and unexpected relationship formed between teens Aimee Finicky and Sutter Keely. The film received a very positive response so far, and there are multiple reasons to be excited for the film. First off, Scott Neustadter and Michael H. Weber (500 Days of Summer) wrote it. Second off, we get to see Ponsoldt mature as a director since his last film, Smashed. And third? It’s supposed to be sincere and successful in its efforts of portraying a realistic coming-of-age high school love story. Such is not to be taken lightly. Telling the tale of two opposites that fall for each other, the film manages a nice re-spinning of how Aimee and Sutter’s differences fill the other’s holes. While Sutter is “a popular high school senior” who is nursing the early buds of alcoholism, his real story begins with his girlfriend (Brie Larson) dumping him. In comparison, we’re drawn to Aimee as the shy, nice girl who reads science-fiction manga. They meet on Aimee’s lawn as Sutter wakes up to her standing over him. However, the most important difference between the two lies in their plans for the future. While Sutter lives in “the spectacular now,” Aimee holds dreams of escaping their town. Go see their concocted young love simmer like a classic recipe.
–Kaitlin Penn

Vincent: The Life and Death of Vincent van Gogh
Showing viewers one of the most essential parts in understanding an artist—the space between what inspired them, and the end-product that is their work — Vincent: The Life and Death of Vincent van Gogh manages a stupendous feat. An Australian documentary directed by Paul Cox that centers on the master of post-impressionist painters, Vincent van Gogh, we see how fruition influenced his paintings. Showing us both the standpoint of van Gogh as a man who wrote both of the incredible beauty and heartbreak wrought by his daily existence and experiences within it, Cox splendidly fuses both these factors with the actual paintings. Combining both the letters exchanged with his brother (“Dear Theo, […] How rich art is! If only one can remember what one has seen”) and the paintings themselves, Cox manages a remarkable portrayal of how the world itself could have appeared in both its most mundane and magnificent forms to van Gogh. From such, the audience is able to see not only van Gogh’s inspired landscapes and places, but his mindset in taking meaning from them. While in many documentaries, there is either a too-factual representation of events and in others a too-skeptical portrayal Cox’s manages like a film at the perfect temperature. If you’re interested in seeing van Gogh represented as a human being as opposed to a madman, this documentary will be right up your alley.
–Kaitlin Penn

Oslo, August 31st
Oslo, August 31st follows Anders, a drug addict who gets a day of leave from his rehabilitation to go on a job interview. Aside from the interview, Anders visits old friends and contemplates his life through these various interactions. Eventually, he re-enters the Oslo nightlife only to encounter the same vices that landed him in rehab in the first place. Director Joachim Trier takes us on a journey similar to many Euro-film classics, traversing the streets of a European city (in this case Oslo), relying on hand-holding to follow the protagonist on an emotional rollercoaster, reliving the past and realizing the futility of the present. Trier captures the attitudes and customs of modern society in precise dialogue that leave the audience as disillusioned as the drug addict protagonist. Trier creates an atmospheric and multi-dimensional narrative that focuses on Anders, and equally the people who surround and visibly influence his perspective on the modern world.
–D.J. Dennis

Escape From Tomorrow
This just in: Walt Disney is rolling over in his magical cryogenic ice chamber. This year, the Sundance Film Festival showcased the most controversial Disney film Disney did not even know existed. Randy Moore’s Escape From Tomorrow gives film-goers a different look into the “Wonderful World” of Disney. Jim White (Roy Abramsohn) is a father on vacation with his wife and two kids. In an attempt to forget the recent news of being fired, he treats the entire White family to a day at Disney World. Events take a turn for the worse when Jim starts to experience a series of abnormal hallucinations and odd occurrences. The movie is also gaining a lot of attention from the way it was filmed. Moore managed to shoot the movie inside the park…without the consent of the Disney machine! Actors read scripts off of their phones and the crew spread out to keep a low profile. There were a few close calls, but the film made it out alive. Audiences’ must-see reactions are unanimous. Moore is still waiting to see if Disney will step in to prevent distribution. I am pretty sure he kept it a secret to prevent a red light on the location, but who knows. Maybe Mickey just didn’t get the memo for the start of principal photography.
–Will Angelico