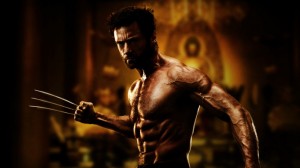 Screenshot from “The Wolverine.” Used with permission from Twentieth Century Fox Films.

In an alternative ending to X-Men: The Last Stand (2006), Wolverine enters a bar in Canada, the same one in which audiences are introduced to him in the first film, X-Men (2000). The man who owns the bar greets him with a rifle. “Heard a noise,” the man says, “thought it might be an animal.”

When Marvel’s X-Men comics were first coming out, Wolverine’s character was seen as just that: an animal. Little of his backstory was known, and he was a character shunted to the sidelines. This was until Chris Claremont and Frank Miller came in and gave Wolverine his own comic book mini-series in 1982. From then on, Wolverine took off as a wildly popular character and arguably the backbone of the highly lucrative X-Men film franchise, which, over the span of five films, has grossed approximately $933 million according to BoxOfficeMojo.com.

The trailer for James Mangold’s film The Wolverine (coming to theaters July 26) was recently released. Mangold’s rendition of the film appears to follow some of Claremont’s backstory, with actor Hugh Jackman reprising his role as Wolverine/Logan.

Through the X-Men films, you’d think we’ve seen all there is to see of Logan. We’ve seen him go from cage fighting in Canada to teaming up with Charles Xavier’s (Patrick Stewart) school of mutants to fight off the metal-controlling baddie Magneto (Ian McKellan).
We’ve seen him fall in love with Jean Gray (Famke Janssen) and be forced to kill her when her psychotic alter-ego, Pheonix (who Xavier calls, “A purely instinctual creature. All joy and desire…and rage”) emerges, threatening to disintegrate everything with her psychic powers. He’s fought against people trying to turn everyone into mutants, people trying to rid the world of mutants, people trying to “cure” the mutants existing in the world and the people who tried to use mutants to make their own personal mutant super-soldiers. A lot of what drives Logan is trying to discover what caused his total lack of memory of his past, his healing powers and his skeleton made of an indestructible metal called adamantium.

X-Men Origins: Wolverine (2009) delved into Logan’s mysterious past, revealing how he got manipulated into joining an experiment that would meld a powerful metal into his skeleton. All of these experiments were done to use mutants’ powers and combine them to create the ultimate weapon/solider. Origins allowed audiences to witness how Wolverine came to be the man who hides out in a Canadian bar getting into fights for money. X-Men Origins is also the least impressive of the X-Men films, receiving a score of 38 percent on RottenTomatoes.com, the lowest among the five.

What then can this new Wolverine film offer? Despite not having the X-Men moniker in front of it, The Wolverine’s trailer suggests that Wolverine’s past will not go ignored. ComicBookMovie.com shows the film loosely following Claremont and Miller’s comics. The film continues Logan’s story, picking back up in Canada and moving him to Japan. It shows him fighting off an old comic book enemy, the Silver Samurai, and shows him being given the opportunity to be rid of his healing capabilities — and the immortality that comes with them. Most importantly, it allows for moviegoers to delight in seeing Wolverine fight off a swarm of ninjas.

It’s difficult to ascertain from the trailer whether this movie will be worth a $9 ticket. The problem I found with Wolverine’s Origins film was that it was not engaging enough as a story to stand on its own. It tried to simultaneously divest the story of the characters we love (Professor X and Cyclops), while giving them minor roles or cameos, cheaply pushing them into the background. If The Wolverine can respect the past stories while not leaning on them, it has the potential to be an action-packed good time, taking both audience and Wolverine to places they have not yet been and challenging them to grow and adapt.