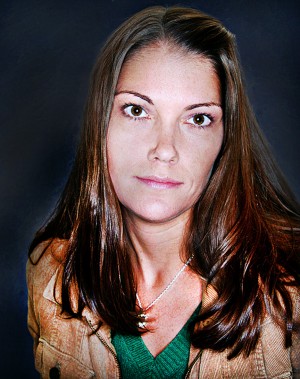 Used with permission by Julie Cross

Julie Cross is not only a mother of three, a gymnastic coach and an avid reader; she’s also a prolific local writer. In 2012, Cross published the novel Tempest, the first installment in a time-traveling trilogy which Cross describes as “Bourne Identity meets Time Traveler’s Wife, but with teenagers.” Almost immediately Tempest exploded in popularity. In addition to receiving rave reviews from Entertainment Weekly and LA Times, Tempest was optioned for film by Summit Entertainment. I sat down with Cross to talk about her upcoming projects and her role as CU’s YA fiction guru.

»buzz: You just had a new e-book published called Letters to Nowhere. In what ways is this book a departure from Tempest?

»JC: Well, it’s what we call realistic young adult or contemporary young adult. There’s no supernatural element at all. And this book is different from Tempest, but it’s not different from my other writings. Tempest is the only non-realistic book I’ve ever written. Before I sold that one, I had seven other young adult novels that were all realistic coming-of-age love stories.

»buzz: You always seem to have a bunch of projects going on and are a very prolific writer. Do you have any specific writing methods?

»JC: I do write really quick. Sometimes I struggle with the editing and the rewrites. I have other writer friends who struggle with the blank pages, the intimidation factor of the first draft. I’m not like that. Right now, I’m working on the edits for the third installment of Tempest. It is so, so difficult to hold onto all of those fun elements and also make three books where everything is seamless throughout. For me, that’s the hardest thing. Though, for other people, that’s where they do their best work.

»buzz: It seems like a lot of your books address issues that are particular to teenagers. Halfway Perfect, one of your projects coming out next fall, focuses on teenage models. Do you start with the concept you want to address or with the characters and plot?

»JC: I usually do start with the characters. My co-author Mark Perini and I were a few months into working on Halfway Perfect, probably a hundred pages, when I presented a new idea to him. After reading a particular, very popular book, I just felt the relationship was so unhealthy. I wanted to write something to counterbalance that. Books are books, and whatever people want to read is up to them. But I read it and I thought, “Gosh, I want to do the opposite of this relationship.” I was worried about presenting it to Mark. I thought he was going to think, “Oh, what did I get myself into? Now, I’m going to write about these dark depressing subjects.” But he was immediately very receptive to it and thought it was really important to tell that side. We had 16 test readers for Halfway Perfect and I had 8 of those girls email me and say they had similar experiences. They had been in similar verbally abusive relationships and it really helped them to read it. That hit home for me.

»buzz: You’re an active community speaker and have done multiple programs for the Champaign Public Library. Why do you think it’s important to get out and talk to kids?

»JC: The first time I was really nervous about it. I wasn’t a very good student in school so I didn’t feel like I was able to represent a good example for them. But then I realized that reading has been a part of my life since I was four years old. I started reading very young and I’m very passionate about books. I didn’t start writing until I was 29 years old, so the reason writing came very easily to me was because I read so much. Especially in the middle school and high school years, it’s such an important time to have an outlet for whatever you’re feeling. Even if you’re not going to sell books later on, it’s important to have a place to write it down: your experiences or your character. I was the daydreamer staring out the window and not paying attention in class, imagining crazy things happening in the world around me. If someone had suggested writing it down, maybe I would’ve been able to focus better.