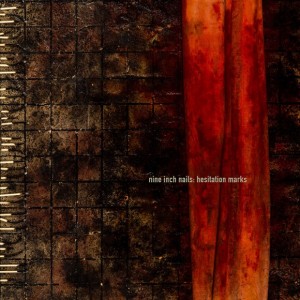 Used with permission by Columbia Records

Following February’s announcement of a NIN reunion, a wave of relief swept fans, perhaps selfishly, in knowing that How to Destroy Angels wouldn’t be the permanent legacy that Trent Reznor would leave behind. When late May’s announcement of a new album surfaced, however, hype for Hesitation Marks existed deeply rooted in skepticism.  After all, the dilemma for any prominent late 90s/early 2000s powerhouse remains the same when releasing the inevitably labeled “comeback” album: to reignite the edge and tenacity of yesteryear, or to continue on the path of evolution in hopes that maturation doesn’t become empty fizzle. Unsurprisingly for a musician who has pursued both ends of the spectrum, from drug-fueled rock icon to collected composer, Trent succeeds in expanding NIN’s ever-developing sound in crafting a comeback album that doesn’t sound like one.

Outside of 2008’s Ghosts, there hasn’t quite been a NIN album completely drenched in calm, cool collectedness. This is Hesitation Marks’ immediate difference from the rest of the catalog, and in many ways, its saving grace. Without a hiccup (minus the underwhelming “Everything” sticking out like a swollen, sore thumb), the LP moves from point A to B placidly, which features Trent’s most sonically languid vocals and production yet under the NIN moniker.

That isn’t to say that the album is neutered, however. “Came Back Haunted” still sports the drilling synths and incessant electro-chimes that are second-nature to the band. This time around, Pretty Hate Machine-inspired dance grooves that haven’t been present in Trent’s work since the late 80s sweep into the mix as well. But the key here is that the record is able to sound unfamiliar in its subdued familiarity, still reaching out to explore areas surprisingly still left unaltered by Trent’s electronica touch.

“Copy of A,” for instance, distances itself from most NIN openers by not throwing the album into a flurry of industrial pomp, thunder and recklessness. Just as recent live shows have colorfully demonstrated, the track plays as both a proper introduction to the overarching LP as well as what’s to expect from Trent at this point in his career. “See I’m not the only one,” he sings over a fast-paced collective of harsh, old NIN meshing with the new, finishing with “a copy of a copy of a.” It appears that Trent’s idea of musical evolution isn’t necessarily stemmed within constant reinvention, but rather a gradual development of one imitating sound over another’s strengths and weaknesses.

Sacrificing aggression for progression, in this sense, forms an invaluable trend. “Find My Way” takes the image of an unused track off of Ghosts with lyrics planted upon haunting piano and instrumentals found on interlude NIN tracks a la “A Warm Place” and “Another Version of the Truth.” This is more or less the foundation for several more tracks, including the Radiohead-King of Limbs-like “Disappointed” as well as the drudgingly calm “I Would for You.” Focusing more upon drone and ambient soundscapes, these tracks provide variety with greater depth rather than forced experimentation.

To an extent, emphasis on experimentation is largely what Hesitation Marks is devoid of. Even with the album’s “Black Noise” as a closer, it doesn’t stand as a track that unforgivingly pierces the ears like “Hurt” or “Right Where It Belongs.” On the positive side, this disallows inaccessible, pseudo-experimental copout tracks to emerge. On the negative side, gone are some of the band’s more remarkable exploits of solid production no matter how hit-or-miss. The playfully mysterious, children’s music box arrangement of tones forming the bridge on “Various Methods of Escape” could use a few more minutes of exploration as opposed to falling back too abruptly into the song’s formulaic composition.

Hesitation Marks still finds diversity in more traditional areas, albeit comfortably fitting. “All Time Low” is nearly “Closer”-esque in its foot-stomp, sex-romp chorus, making it one of the album’s standout pieces. Here, the record’s doses of electronic minimalism are sparse, delivering beefier depth and infectiously catchy beats. “Satellite” follows only a few songs thereafter, offering a booming track capable of being just a remix away from storming a dance floor by surprise. With both of these tracks’ powerhouse bass lines and dueling synths buzzing and echoing off of each other in harmonious reverb, it’s difficult to deny that NIN’s often tongue-in-cheek but trademark industrial sex appeal is totally absent.

NIN’s eighth studio album was originally slated as a compilation album, and in several ways, it plays like one. While Hesitation Marks doesn’t reach the highs of past albums such as The Downward Spiral and Year Zero in raw concept, it occupies the same playing field in terms of sophisticated tracks lined with personality and intimacy. With that being said, the album doesn’t finish with a taste in the mouth that blandly states, “that was pretty good…for new NIN.” Instead, it leaves the same lingering sense of curiosity that draws listeners to hit ‘repeat’ until every musical nuance is discovered, just like the record’s predecessors.