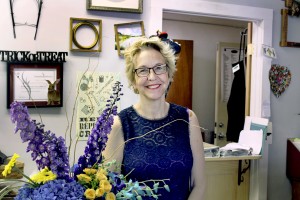 Given to those who best embody the spirit of the local arts community, the Champaign County Arts Council has given The I.D.E.A store the Business Arts, Culture, and Education Award (otherwise known as the ACE award).

By taking broken, obsolete and otherwise unwanted items, the store has provided artists, art teachers and everyone else in the community with unique tools to make their own reused masterpieces. It was founded by the Executive director of the Champaign-Urbana Schools Foundation, Gail Rost, as an earned income enterprise. The goal was to fund the work of the foundation; the actual outcome has far surpassed what anyone expected.

The I.D.E.A store, which stands for Invest, Develop, Elevate and Achieve, was hatched by Rost when she was approached by environmental scientist Carol Jo Morgan, a graduate from UI who did her master’s thesis on reuse.  Morgan had, according to Rost, heard about stores from the ’70s environmental movement that sold used items and had always wanted to work with one. Not only was this a chance to bring cash in for the foundation, it was also a means to make a greener community and educate others about reuse.

“It seemed like that might be a good fit for us,” Rost said, “because we’re all about education also.”

The biggest challenge, Rost said, was her lack of traditional business experience. She also believes that this has saved her much frustration from having to think outside the box. The store’s items are unique in that all of them are donated from people in the community and sold back by the pound. Rost said that because they get a mishmash of objects, each donation produces a lack of uniformity.

“The fact that we get things that have already been busted out of their packages, and we might get one little dab of it from one person and a great big horde of it from another,” Rost said. “How do we sell it? How do we put it out on the floor and make a retail experience?”

Her answer to this challenge is to “take their show on the road.”

The I.D.E.A store does frequent outreach programs in the community at schools, libraries and anywhere else they’re asked to speak. They have done booths, workshops and classes about creative reuse projects and make use of an active Facebook community as well. Their website also talks about an arts festival called Hatch, which features vendor fairs, galleries and a “Trashin Show” to show off reused fashion garments. The time and effort has brought them a renowned place in the community and an ACE award recognition.

“What we hope is to be sustained,” Rost said. “Now that we’ve made it three years, our goal is to set it up so it can survive.”