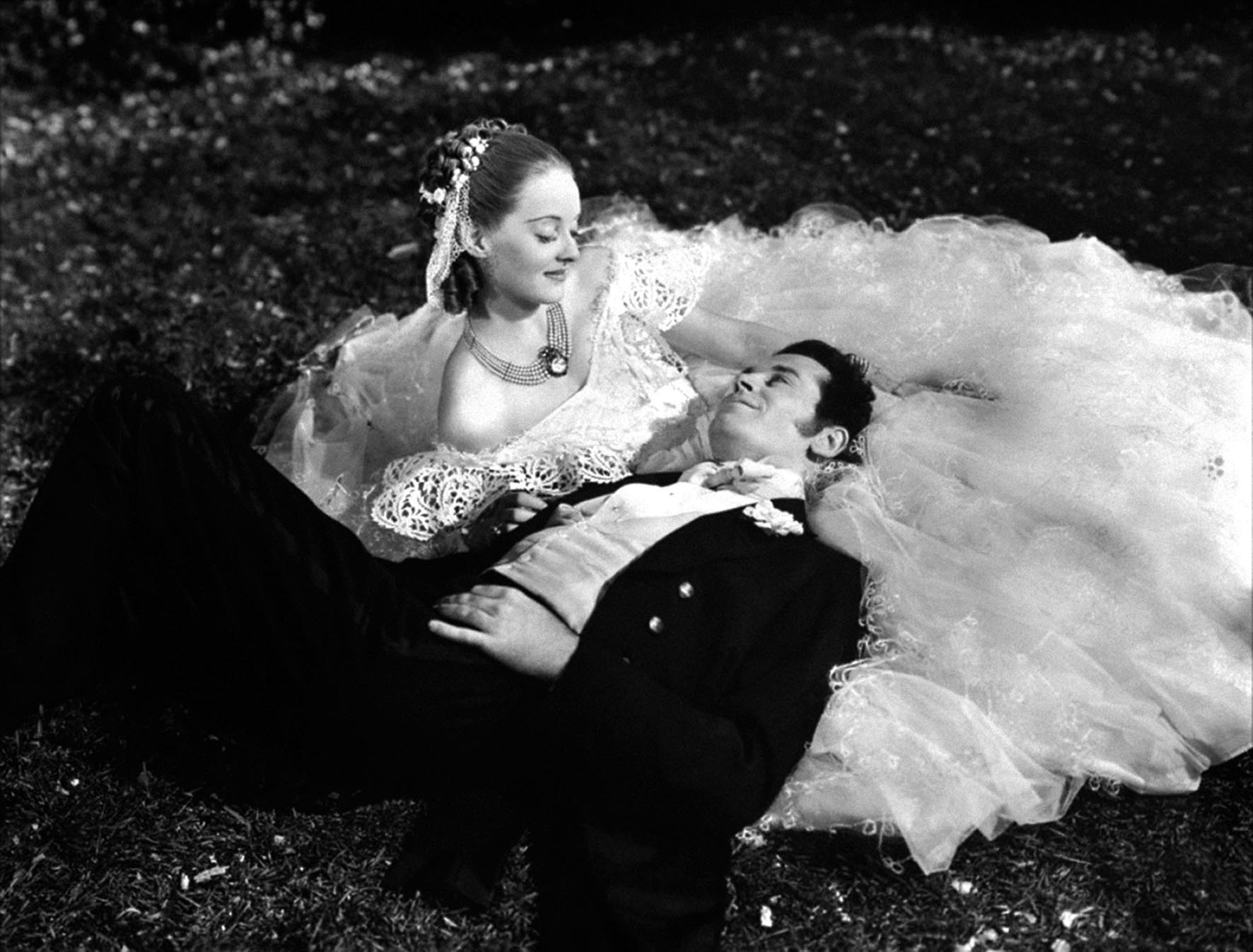 Used with permission by Warner Bros.

Truly one of the most important films of the 1930s was Victor Fleming’s epic adaptation of Margaret Mitchell’s Gone with the Wind. From its popularity as a nostalgic best-selling novel, to the hype publicity over its preproduction and casting, to its legendary screenwriters and even fired directors, to its legacy as one of Hollywood’s most spectacular early use of Technicolor and all the tales of Clark Gable, Vivien Leigh, and Hattie McDaniel, who became the first African American actor to win an acting Oscar. But one year before director William Wyler made an arguable better film, over much the same material, the hidden gem Jezebel, starring screen legend Bette Davis, in a tale of a strong Southern belle who fights to save her spirit and reputation, in the pre-Civil War South.

Based on a play by Owen Davis Sr., Wyler’s screenplay, written by Clements Ripley, Abem Finkel and the famed director John Huston, sets this old-fashioned melodrama into the world of 1850s New Orleans, of plantations, gallant gentlemen, sweet ladies and the servants and maids of the antebellum era, where Miss Julie Marsden (Davis) is a feisty young woman who defies social customs and thinks that many of her peers are “petty and narrow minded”. She is betrothed to a young banker, Preston Dillard (Henry Fonda) who loves her, but is frustrated by her demands and fickle behavior. According to legend Warner Brothers would not let Davis out of her exclusive contract to even audition for the Scarlet O’ Hara role in Gone With the Wind, so Wyler and the studio pulled out all the stops with costumes, sets and production values.

When Miss Julie defies traditions of the local Olympus Ball by wearing a scarlet red dress, the embarrassed Dillard humiliates her further by extending a solo dance, thus leading to the termination of their relationship. Dillard leaves town, but when he returns a year later with a young wife (Margret Lindsay), the now insanely jealous Julie vows to win back Preston or make everyone’s life miserable.

Wyler and cinematographer Earnest Haller capture the many moods of Davis’s finely mannered performance with some remarkable zoom close ups and delicate soft lighting. And as the melodrama resolves they even make the devilish Julie into a sort of heroic figure as she helps her former lover when he becomes afflicted with yellow fever.

Davis won the Oscar for best actress of 1938 for Jezebel. The film was nominated for best picture and Fay Bainter, who played Aunt Belle, won the Oscar for best supporting actress. Wyler and Davis went on to make two more films together: The Letter (1940) and The Little Foxes (1941). Each film contained some of Davis’ best works. In fact, Davis claimed many times later that it was Wyler who was her favorite director and the man who made her a star.