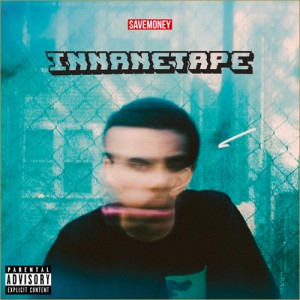 Used with permission by Vic Mensa

I hate to say I told you so, but I predicted (and hoped) for Vic Mensa’s solo career when I first saw him perform with Kids These Days (RIP) at Lollapalooza 2011. I was always a huge fan of the young Chicago band, but Mensa’s energy and stage presence promised something bigger for the 20-year-old.

Innanetape is Mensa’s first solo release since Kids These Days broke up earlier this year. Regardless of the split, tracks on Innanetape such as “Orange Soda” and “Lovely Day” are reminiscent of the soulful, feel-good jams the band was known for. Mensa still seems to be partial to the theme of frequencies and the saxophone solos that appeared repeatedly on KTD’s final album, Traphouse Rock.

Mensa’s 14-track mixtape is lyrically dense in the best way possible. Multiple listens are required to catch all of Mensa’s crafty wordplay. In addition to his witty lines, Mensa’s quick and dynamic cadence, which is often compared to that of early Eminem and Mac Miller, proves that Mensa has more than one trick up his sleeve. That being said, I could honestly listen to Mensa’s smooth repetitions of “Innanet-net-net-net” all day.

Despite Mensa’s obvious talent, he finds himself in a tough situation as he’s constantly compared to and outshone by fellow Chicagoan, Chance the Rapper. But Innanetape confirms once again that the two produce the best work together. Just as the Mensa-featured track “Cocoa Butter Kisses” was one of the best on Acid Rap, “Tweakin,’” which features Chance, is one of standouts on Innanetape.

Other notable tracks on Innanetape are “YNSP” ft. Eliza Doolittle, which juxtaposes Doolittle’s soft vocals with Mensa’s sharp lines in an ode to the Save Money Army. There’s also the incredible intro “Welcome to the INNANET,” a cacophony of dial-up sounds and ambient noise which serves as a perfect opener to the technology-themed mixtape.

While Innanetape offers several impressive tracks, it’s not as gritty or consistent as I had hoped for Mensa’s first solo release. Only time will tell if it’s a game-changer for Vic Mensa’s career. At the very least, it will tide his fans over as he tours with Disclosure for the next several months.