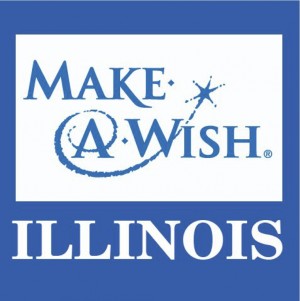 Used with permission by Make A Wish Illinois

Imagine taking a run on a beautiful fall day in Champaign. Now envision that same run, except now you’re dressed as the Flash, with hundreds of other people dressed as equally well-known characters. Now picture that all the money raised from this run is donated to the Make-A-Wish foundation. Sound too good to be true? It’s not. This is exactly the premise behind the Make-A-Wish foundation’s Walk and Run for Wishes.

The Make-A-Wish foundation grants the wishes of children with life-threatening medical conditions. The Illinois chapter of Make-A-Wish was started in 1985 and since then has granted over 11,000 wishes. This year alone, the chapter will fulfill the wishes of more than 700 children in Illinois. The money received from the Walk and Run for Wishes will go to exactly that.

Janet Glavin, the community relations manager at Make-A-Wish Illinois, explained the choice to make the 5K a costumed race. “We decided to encourage our participants to wear costumes because they capture the whimsical and creative nature of the wishes, which is what our foundation is all about,” she said.

The Walk and Run for Wishes also seeks to promote a sense of community for all who participate. Runners have the option of forming a team, which provides a great way for RSOs, sororities and fraternities and other groups on campus to band together to support this magical foundation.

Members of the University have already stepped up and found ways to contribute to this occasion. John Groce, head coach for the Fighting Illini men’s basketball team, and his wife, Allison, have issued a matching challenge. They will match every $5,000 that is donated to the Make-A-Wish foundation through the Walk and Run for Wishes.

If that still is not incentive enough to come out to this terrific event, former Bears player Desmond Clark will be running in the event, and fans have the option of joining his team. Online registration for the 5K will end at noon on October 11, but on-site registration will begin at 8:00 a.m. the day of the event. The price for registration is $25 for adults and $15 for students ages 18 to 22. At 9:00 a.m. there will be a short program, and then the 5K will begin at 9:30 a.m. After the race, prizes will be awarded for the top team fundraisers and best costume.

So throw on a black hat and sunglasses, call yourself Heisenberg and come out to Zahnd Park in Champaign on October 12 to support Make-A-Wish.

Costume ideas for the event:

For any runners who do not think they are fast enough to beat the competitors, then they could try the next best strategy: distract them. And what better way to make people stare and say, “What on earth…” than with a Lady Gaga costume? Really, you can do anything extravagant and pass it off as Lady Gaga. Simply put on the weirdest clothes in your closet, decorate them with the most random things you can imagine and you’ve got yourself a costume. However, sticking meat all over you is not suggested because you do not want to give your competitors a reason to run away faster from you. That would defeat the whole purpose. Go for something mesmerizing. Bubbles. Bubbles are strangely mesmerizing. Simply buy some clear plastic balls (easily found on the internet), hot glue them onto that old dress bought cheap from a thrift shop and there you go. A Lady Gaga bubble dress. Or you can take a different approach. Try to take up a lot of space with a sci-fi looking Lady Gaga dress by hot gluing a bundle of light-up hula hoops onto a dress. The lights will not only distract eyes from the prize, but the bulky hoops will cause a problem for anyone trying to squeeze around you to pass you up. In fact, any costume that is flashy should do the trick.

Runners can wear clothes made of shiny, reflective material that will sneakily blind anyone who tries to look at them. Maybe stick some plush spikes on the costume for good measure, and anyone who tries to push past will be innocently stabbed with fuzz. Fairly safe spikes can be made out of aluminum foil by rolling them into cylinder shapes; they won’t be able to actually hurt anyone. Hopefully. Whatever you choose, simply speed past the runners gawking at you and pass the finish line before anyone comprehends what you’re wearing. If there’s one thing that Lady Gaga could contribute to our society, her fashion statements make for some excellent distractions.