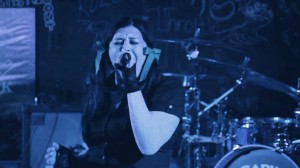 Used with permission by 90’s Daughter.

Four years ago, Tom Grassman was playing in an ’80s cover band called Brat Pack, which was fine, but the passing years called for something new. The band 90s Daughter formed then as a logical progression — a CU cover band that specializes in ’90s tunes but often branches out into the modern realm and is CU’s best band of 2013.

The band celebrated its fourth anniversary on October 30, and Grassman said that it’s only uphill from here.

“This past summer was probably our best season yet,” Grassman said. “We did a lot of festivals. We played the state fair. We really upped our profile and got a lot of good work and a lot of self-exposure.”

Although they started playing exclusively hits of the 1990s, their motto now is “’90s, 2K and today.” “The Cupid Shuffle” is popular among fans, people who were in high school during the ’90s. Other popular songs include Chumbawamba’s “Tubthumping” and recently, Robin Thicke’s “Blurred Lines.”

No matter what the band is playing, the goal is to make people dance and put on an exciting show. 90s Daughter has been known to feature light shows and throw out glow sticks. In short, as Grassman said, they “don’t just stand around and play.”

The band travels a lot, and Grassman — who sings and plays guitar — as well as bassist Michael Guido Esteves, played in a live karaoke house band for the Chicago Blackhawks at every home game in the 2011-2012 season.

No matter where 90s Daughter is playing, however, they appreciate CU.