Hello again readers, hope your winter break was as filled with Netflix binge watching and sleeping until 1pm as mine was. Recently, during one of my couch potato sprees, I decided to watch the most recent episodes of HBO’s Girls. If you haven’t seen the show, get out from the rock you’re living under, and, if you’re broke and can’t afford cable like me, get yourself to the Internet and illegally watch the heck out of it. Without sounding like a rep for the show, you need to know that Lena Dunham (the show’s producer and star) is the voice of our screwed up generation, offering profound pieces of insight delivered in the most witty and hilarious way possible. In this episode, the character Adam looks back on a previous relationship and offers viewers this morsel of wisdom: “Just because I tasted her cum and spit or could tell you her middle name or knew a record she liked, that doesn’t mean anything. That’s not a connection. Anyone can have that. Really knowing someone is something else. It’s a completely different thing and when it happens you won’t be able to miss it.” This got me to thinking on all my past and current relationships, in all their horror and happiness. What does it mean to have a real connection? 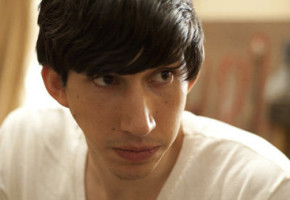 Movies and television shows have embedded into society what a real relationship should look like. Laughing and playing on the beach, slow dancing without music and staring lovingly into each other’s eyes. I dated a guy for seven months my freshman year of college and from an outside perspective, it had all of the components of a movie romance. It was fun, dreamy and the sex was pretty good. And sure, I liked him. But it wasn’t real, it wasn’t lasting and I knew that from the very beginning. I knew that he loved his dog and he wanted to pursue business. I knew he liked to listen to Schwayze during sex. But I never actually knew him and he never knew me. The connection that we spent seven months trying to achieve through fun and sex was just never going to happen. That’s the thing about these movies that we confuse with reality: they are incapable of portraying a real connection. Real connection is a feeling—one that you can only truly understand once you achieve it.

Recently, the boy I love asked me, “Why me Marta? What makes me different from your past boyfriends?”  And the answer I attempted to explain to him was the concept of a true connection. Because Girl’s character Adam was right—a relationship is easy to achieve but a real connection isn’t. It requires finding the right person, one you click with on every level. And it requires knowing that person right down to their very core. You’ll know that when they say they don’t want that last piece of pizza, they’re lying because they want you to have it. You’ll know the difference between their polite smile, their embarrassed smile and their genuinely happy smile. You’ll know they sing country music when they’re in a good mood. You’ll know that that they’ve had trouble loving themselves because their family constantly told them they weren’t good enough. You’ll know that the walls they put up are a result of fear, a fear that stems from all the loved ones in their past abandoning them. You’ll know that when they push you away it only means that they want you to come closer. And you’ll know all their hopes and dreams. Not what career they want to pursue, but their dream of living in a small town with a modest house—simply being content and having the type of loving and happy family that they never got to experience in their childhood. You will know their heart. I can continue to list off all the things I know about the boy I love, but in the end, it’s all just an indescribable feeling. And, as Adam said, “when it happens you won’t be able to miss it.”