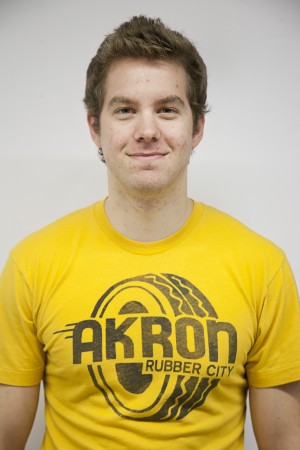 I’ve always been obsessed with pop culture and entertainment, and by extension the Internet, but there comes a point every once in a while when it’s just too much. That’s what happened to me this week. Being “plugged in” to the world around us is pretty much a fact of modern life that we can’t avoid, but it’s important to get away from all that stuff before you go insane. Too much negativity, too much bickering, too much insanity.

After the Super Bowl (which turned out to be a disappointing game), it was discovered that the Red Hot Chili Peppers, who joined Bruno Mars for the halftime show, didn’t even bother to plug in their instruments. An Internet uproar ensued, with detractors deriding them as phonies and supporters saying that the weather would have distorted the sound. Honestly, it doesn’t make much of a difference to me, as people definitely would have been complaining either way.

Another subject of pop-culture debate this week was the speculation of an upcoming “Celebrity Boxing Match” pitting George Zimmerman against a revolving door of hip-hop artists. Famously aggressive (and troubled) New York emcee DMX told TMZ he would be willing to fight and that he’d “break every rule in boxing to make sure I fuck him up right.” DMX also claimed that he would be doing this in honor of Trayvon Martin, the teenager Zimmerman followed, shot and killed. It doesn’t take a great deal of analysis to see why this is a fucking horrible idea. Zimmerman isn’t a celebrity. He hasn’t done anything worthwhile to contribute to society. He’s “famous” for profiling and killing a black teenager and getting off on the charges. Sure, I wouldn’t mind seeing him get what he deserves, but this isn’t what he deserves. He’s going to get more publicity (what he wants), a huge cut of the purse and maybe a concussion. Does that really compare to the amount of suffering he has put the Martin family through? Does that even scratch the surface of what he signifies to minorities in America?

In (marginally) less depressing news, Bill Nye debated Ken Ham in another edition of “Highly Publicized, Completely Unnecessary Things” about the merits of teaching evolution vs. creationism in school. Long story short, when asked what would change his mind, Nye said, “Evidence.” Ham said nothing can change his faith. Nobody learned anything.

In the past week, we also lost Philip Seymour Hoffman, one of the great actors of his generation, at the age of 46. On Thursday, February 20, the Art Theater will play a double feature in his honor, hopefully reminding all of us of the more positive sides of popular culture.