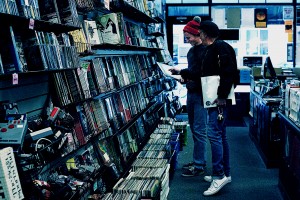 Champaign is lucky to have a record store like Exile On Main Street. It’s the go-to place to purchase music from local bands. Owner Jeff Brandt buys records from local collectors. Special community events are held in the shop. The employees play music around town. There is even local art on display and for sale. So, needless to say, it was shocking to hear that Brandt would not be renewing the shop’s lease this year.

Exile will relocate by October 1, Brandt said. The current space has become too small due to the recent vinyl resurgence. Brandt said when the shop opened, it housed mostly CDs, DVDs and video games, but its growing stock of new and used vinyl records is just too large for such a small space that hosts so many in-store events.

The shop may move in with comic store G-Mart or into a space in the old train station on Chestnut Street. Although the move will require a name change (Brandt joked about calling his newly located store Exiled From Main Street after the move from its current Main Street location), the exact location isn’t too important. What’s important is that it stays local.

“Any good, self-respecting record store has ties to the community in a way that make it uniquely embedded in that place,” Brandt said. He’s from Champaign and has worked in record stores since he was in high school. When Exile opened, he felt gratified to be able to continue that tradition.

It hasn’t been an easy road. Brandt’s customers come and go, the student customers on a four-year cycle. But even though they graduate and move away, he also sees parents bringing prospective students in and telling them: “See, there’s a record store here. There’s a place you can go to.” 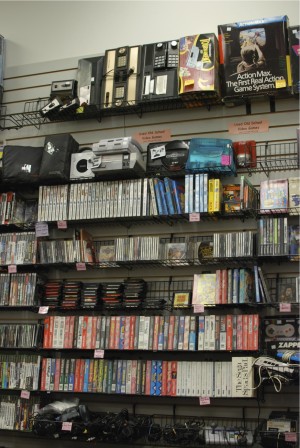 Employee Isaac Arms said one of the most fulfilling things about working at Exile was helping people start collecting vinyl and then seeing those same customers come back for more.

“They consider and care for and curate their collection, and as a fellow record collector, there’s unique joy to it,” Arms said.

It’s been over nine years now that Exile has been open. In that time, music has become more and more digitally available. Now, streaming services threaten takeover. Record stores, however, are irreplaceable.

“It’s hard to sell stuff that’s easily replaced by modern technology,” Brandt said. “(But) most people that shop here, that have kept this place in business, are the kind of people that appreciate the store, not just what they’re buying.”