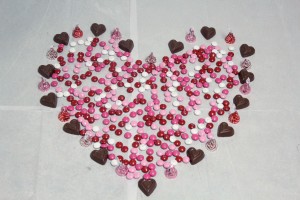 Chocolate, as we know it, is a fairly recent invention in the grand scheme of things. When people think of chocolate, beverages are not the first things that come to mind. They think of boxed chocolate and candy bars, Valentine’s Day gifts and corner store stops. The chocolate eaten today is made from processing and sweetening the beans of the cacao fruit and turning it into solid chocolate or cocoa powder. However, in its earliest forms, chocolate was commonly produced as a liquid with no added sweeteners.

Recent research suggests that people have been enjoying the cacao plant since 1400 B.C. Mayans and Aztecs consumed bitter cacao bean drinks, and Hondurans fermented the pulp of the cacao fruit to make alcohol. Although the versatile goodie has changed form over time, it has always been revered as delicious and, in some cultures, sacred. Those same Mayans and Aztecs who drank the bitter beans believed the beans had divine powers and used them in various rituals, including feeding a gourd of chocolate to subjects of sacrifice before a ceremony to cheer them up. In other parts of Latin America, cacao beans were so valuable that 100 of them could buy a live hen.

The idea of sweetening chocolate occurred to Spanish explorers when it was presented to them by the Aztecs — the bitter taste was not to their liking. To remedy this displeasing taste, the Spaniards mixed the drinking chocolate with honey or cane sugar. This practice became popular throughout Spain, and by the 1600s, drinking chocolate was enjoyed by rich folks all across Europe. They believed chocolate was an aphrodisiac and possessed medicinal qualities. As it turns out, these assumptions are not completely unfounded. Cacao is one of the most antioxidant-rich foods in the world and also stimulates the production of feel-good hormones like endorphins and serotonin. This is likely where the custom of giving chocolate on Valentine’s Day stems from.

Until the late 1700s, chocolate remained a treat for the elite. In 1828, a Dutch chemist created powdered chocolate by reducing the cacao’s natural butter fats by half and pulverizing the rest of the fruit, adding chemicals to combat the natural bitter taste, creating “Dutch cocoa.” Following this discovery, in 1847, Joseph Fry made “moldable chocolate paste” by adding melted cacao butter to Dutch cocoa, which is the basis for modern-day solid chocolate. By 1868, Cadbury had its hands on the recipe and was selling it in stores throughout England. The household brand Nestle presented the world with milk chocolate a few years later.

Recently, a movement known as the “chocolate revolution” has taken hold. This includes a whole new market of purer, more natural chocolate containing greater levels of cacao, as opposed to more mainstream brands that contain mostly milk and sugar. Grocery stores such as Whole Foods carry a wide variety of dark chocolate. Hershey’s has even expanded its business through the purchase of small manufacturers of premium chocolate.