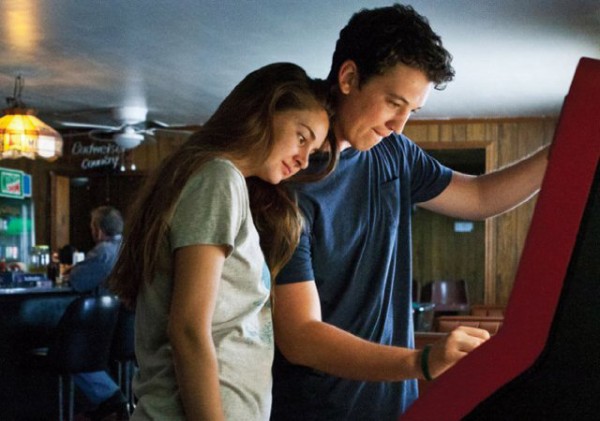 Shailene Woodley and Miles Teller in The Spectacular Now. used with permission from Fox Searchlight Pictures.

Most critics’ “best movies of 2013” lists more than often include at least three or four of the Academy Award nominees for Best Picture. American Hustle, 12 Years a Slave and Captain Phillips, among the other contenders this year, were all notable films. However, every year without fail, the Academy excludes several worthy films from the major awards categories. The Academy often snubs musicals, horror flicks and widely appealing blockbusters from the mix. Thus, below is a list of five top-notch movies that very well could have received some Oscar love in an alternate universe.

1. The Conjuring: The Academy has never been a fan of horror movies, so it’s no surprise that James Wan’s The Conjuring has been snubbed this year. Powerhouse performances from Patrick Wilson, Vera Farmiga and Lili Taylor combined with a terrifying story and state-of-the-art thrills make this one of the best fright flicks since The Exorcist and The Silence of the Lambs, both of which received Academy Awards. Not to mention the 86 percent on Rotten Tomatoes is higher than several of this year’s Best Picture nominees.

2. The Spectacular Now: This indie darling seemed as if it could have been a surprise Oscar contender this year, following its honors at many festivals and positive audience reception upon its limited release in theaters. The coming-of-age romance is truly heartrending, and some moments will hit you like a shot through the heart. This film has stuck in my mind for months after seeing it and is one of the few pictures that really made me “feel” this past year. The 92 percent on Rotten Tomatoes is well deserved, and some major award nominations would have been too.

3. The Hunger Games: Catching Fire: It’s the highest grossing movie of 2013, stars several Oscar winners and nominees, and received excellent reviews from critics and audiences alike (89 percent on Rotten Tomatoes). Nonetheless, The Hunger Games sequel fell victim to the Academy’s tacit “anti-blockbuster” belief (see: Harry Potter and the Deathly Hallows: Part 2 and The Dark Knight). Maybe the Academy will finally do Katniss justice and nominate Mockingjay for some major awards if it’s as impressive as this latest installment. Let’s be honest, these movies are every bit as great as The Lord of the Rings adaptations.

4. Prisoners: This adult drama appeared to be a surefire award winner when it was released back in September. With an elite cast, stellar direction from Denis Villeneuve and a brooding sense of dread and emotional depth, this is exactly the type of psychological nail-biter that usually sees recognition during awards season. Melissa Leo gives a chilling performance that should have earned her another Oscar nomination, and Hugh Jackman would not have looked out of place in the Best Actor category either.

5. The Book Thief: Perhaps the movie was too safe in its handling of Nazi Germany, or maybe Academy voters felt they’d seen too many films like this in past years. Regardless, this book adaptation was one of the most simultaneously heartbreaking and heartwarming pictures of the year. The powerful story of young girl who learns to read during World War II is appropriate for and certain to captivate viewers of all ages. Understated performances and pretty visuals add to the film’s beauty. It would have been refreshing to see The Book Thief among the sometimes outrageous, sometimes bizarre, R-rated fare that usually finds success at the Oscars.