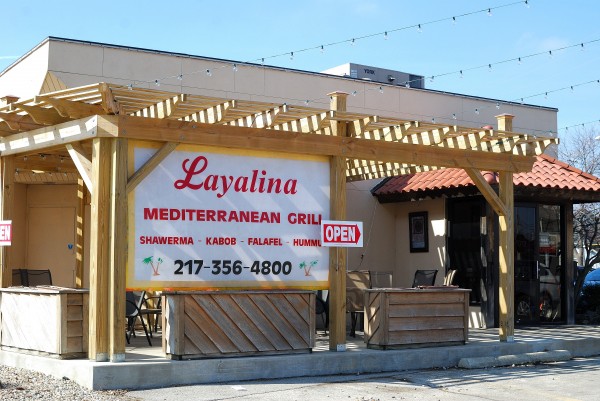 Layalina Mediterranean Grill, located on the corner of First and Springfield, opened its doors on February 5 of this year. The family-owned, authentic Mediterranean cuisine has been satisfying customers ever since.

Layalina’s first opening lasted a total of 10 days before a fire spread from an apartment building on Springfield Avenue, closing their first location in November. The family spent two months looking for a new location until they found their current home in the former Minneci’s Ristorante location.

“It’s been better than expected. So far we’ve been busier than we can handle,” said owner’s son and man, Abed Saleh. 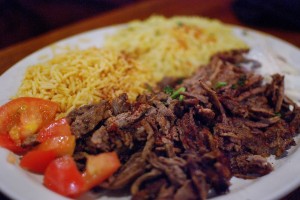 The space has a family dining vibe noticeable before the doors even open. Strings of lights decorate the front entrance inviting customers inside. Once in, a warm atmosphere with arched doorways and the mouth-watering smell of imported Mediterranean spices greet hungry patrons.

The most popular dish is the Layalina Mixed Grill, which features a taste of most of the entrees offered including: kufta (lamb and beef meatloaf) kabob, chicken shish tawook, beef or lamb shish kabob and a garnish of thinly shaved shawerma with tahini sauce. This dish is also served with small plates of hummus and baba ghanouj (a hummus and eggplant dip) with warm pita bread.

Entrees are served with two kinds of rice, one spicy and the other lightly seasoned, which can be substituted for fries. 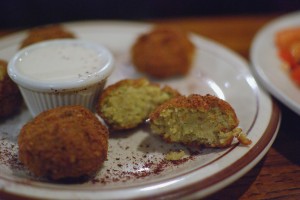 The kufta kabob and beef kabob were juicy and tender, but the succulent chicken shih tawook stole the show. It was simply seasoned to perfection, complemented by the two rice options nicely. Baba ghanouj was also a perfect companion to the dish with a punchy undertone of lemon to offset the other spices.

The overall experience is very family-oriented and cozy, as to be expected from a quaint mom and pop establishment. It’s a traditional Mediterranean experience full of punchy mixed spices and hints of fresh lemon perfectly combined for a unique and deliciously earthy flavor. The food is all fresh-made daily, and it shows.

They also make an effort to import as many spices as possible, taking special care to import the aromatic olive oil featured in most dishes.

Upcoming specials include a deal on centralillinoissavings.com where customers can purchase a $10 coupon for $20 worth of food. Lunch specials will soon be added to the menu as well.

For more information, check out their Facebook page: https://www.facebook.com/layalinachampaign