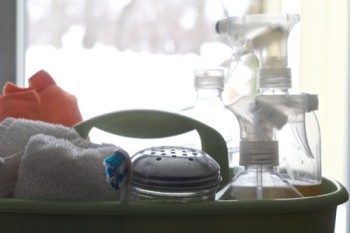 Spring cleaning…everyone’s favorite. But seriously, let’s just go to Joe’s instead. Used with permission from Flickr.

Happy April, everyone. As you’ve probably noticed from the increasingly less shitty weather that we’ve been having, springtime is in the midst. And you know what that means? Spring cleaning! Wooh, out with the old, and in with the new, right?

But not actual cleaning, because we’re lazy college kids who would prefer to not wash dishes or do laundry until the last possible second. I’m talking about doing a personal spring cleaning, where we take some well-deserved time to self-reflect on who we are.*

Here are some things I’ve considered recently; you’re welcome to either a) consider things going on with your own life or b) laugh at my pitiful existence, which is totally fine!!!

Image: Okay, so this is meant in the least superficial way possible, but the initial thing that I wanted to address was appearance. In the past couple of weeks, I’ve noticed some things about myself:

So, um, do you want to work out with me and then go make impulsive life decisions by means of piercings and tattoos and whatnot? Let me know. Whatever’s best for you. Even if you don’t, that’s fine too. I guess. No pressure!

Friends: So, about the people in your life…do you actually like them? If your answer is yes, then great! You’re in good shape. If you responded with, “OH YEAH NO THEY’RE AMAZING WHY WOULD YOU ASK SOMETHING LIKE THAT? HUH? HUH?” or something else that inappropriately abuses capital letters, maybe you should consider re-evaluating the main bitches in your life.

Academics: Are you failing? No? Good. Do you go to class somewhat often? Good. Do you feel like you’re “super screwed for calc”? Probably less good, but at least you acknowledge it. It’s getting towards the end, which means that it’s easy to burn out. But don’t do it! You’re almost there! Get dat A! Also, records show that people that are prone to getting the A also are more likely to get the D! If that isn’t a motivator, I don’t know what is.

Okay, so I made that up, but maybe it’s true. One in every sixteen falsehoods from a nineteen-year-old girl is bound to at least contain some validity.

Future goals: By “future” goals, I mean stuff for next week. Because basically, anything looking ahead of that is a recipe for drowning in a puddle of your own tears in the bathroom of Panda Express. And we wouldn’t want that, now would we? But yeah, next week. Utilize your Google Calendar like an adult and figure out your plan and maybe you’ll feel less shitty and overwhelmed, yeah?

*Or at least, that’s what I’ve found myself doing recently. That’s totally relevant to your life. Mostly because this is my column. And you’re currently reading it. Thanks, btdubs.

**Good lord, that sounds so cheesy. But it’s okay, because you’re allowed to be cheesy and cliche in April. Just in April, though.