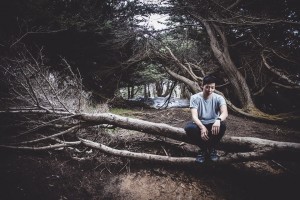 While the lush and infectious sounds of the West Coast beat scenes have made their way to the Chicago beat scene, they are only beginning to surface in Central Illinois. The CU community has had their fair share of electronic artists visit campus from Major Lazer to Excision but nothing quite like the Chicago house-trap sounds of midi-producing artists. As part of the Pygmalion Show Series, San Francisco-based producer Giraffage was joined by New York producer Branchez at The HighDive in downtown Champaign.

DJ Belly, a frequent presence in the CU DJ scene, opened up the show. While the beginning of his set began with sounds similar to those of Chicago DJ crew Ghetto Division and UK producer George Fitzgerald, it quickly evolved into a set worthy of its own Run The Trap showcase. Much like other midi producers, he sampled R&B songs from the early 2000s. His version of Omarion’s “Ice Box” was a fresh rival of a forgotten gem of 106 & Park. What I admired most about his set was his ability to seamlessly interchange between a variety of dance sounds that varied from Chicago house music to the trap.

New York based producer Branchez played afterward. Unlike DJ Belly, who had a more “dance-house” approach to his set, Branchez favored the infectious and heavier trap sound of artists such as Diplo. Even from the stage, Branchez exuded a warm atmosphere and quickly most of the crowd was two-stepping to his beats. My favorite part of his set was his use of classic Chicago Juke music when he smoothly incorporated “Let Me Bang” into his trap sound. Branchez finished his set with his hit remix of Rihanna’s “Stay.” What’s interesting about the remix is that it’s almost unrecognizable as Branchez’s eclectic beats dominate the track and make it more suitable for the dance-floor.

Closing the night was Giraffage, pseudonym of Alpha Pup artist Charlie Yin. Most recently, the Bay area is being recognized as a hub for hip-hop instrumentals and R&B revivals with an electronic twist. San Francisco native Girrafage shared his own take on the sound with the CU community friday night, fresh off a tour through Europe. His set included the standout tracks “All That Matters,” “Feels,” and “Close 2 Me,” from his 2013 album Needs. He also played remixes of The Dream’s “Shawty is a Ten” and Janet Jackson’s “Someone To Call My Lover.” But my favorite part of his set was when he played a remix of R.Kelly’s “Ignition.” To me, nothing quite says summer like hearing “Ignition” on Power 92 FM, but Giraffages remix made it more versatile to other outlets. According to Girafagge, the remix of “Ignition” is unreleased. But if the track’s live performance is any indication, it will be a popular track when it’s released.