Getting hit on is something I’ll never quite understand or be able to take completely seriously. “I like your dress!” is a kind thing to say, but when does saying thank you in response garner a phone number?

I was in this situation just the other day. A man walking in the complete opposite direction of me turned entirely around and walked me almost the whole way home. Terribly shy of rejecting a person out of fear of confrontation, I felt obliged to provide my phone number when he asked for it, although I knew I would never answer his texts or calls. I was still getting “Hey” texts from a man I met randomly in October, who greeted me with “Aren’t you tall and tender?” To this day I’m not entirely sure what to make of that greeting. 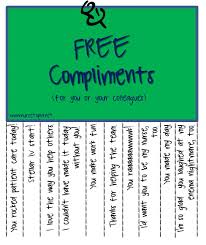 The boundaries of acceptable behavior are tested when the action of getting hit on, or receiving a simple compliment, are caught in a gray area. A square can be a rectangle but a rectangle can’t be a square and the same goes for compliments, getting cat-called or hit on. It’s easy to discern that “tall and tender” is more of a cat-call than anything else, so I don’t think of it as a compliment. But “I like your dress” can be both a compliment and a catcall, if you agree with me that a compliment is something that doesn’t ask for a social return, and getting hit on requires perhaps a phone number or at the very least a walk together. That is, of course, if you don’t reject the person right away. And how does one go about that?

Personally, I’m a feeble compliment receiver because, more often than not, the compliments are me getting hit on, only in more innocent clothing. Although I would much, much rather receive a compliment just for the sake of a compliment, I almost prefer a “tall and tender” remark to “I like your dress”. This is because the statement, “I like your dress”, puts me in a lose-lose situation. I can easily reject mister “tall and tender”, had I not been a little curious about what his messages would have looked like. I was actually more interested in his texts because of the weird remark he made. But a compliment that turns out to be a pickup line in disguise is much more difficult to reject.

A man that compliments me hasn’t insulted me and may actually have improved my day. Who doesn’t like a compliment? But when he turns around and starts walking with me, then I feel like I need to thump myself on the forehead for not realizing sooner that this compliment was just a gateway to a conversation, to a gateway to a phone number, to a gateway to him insisting on inviting me out. Blah, blah, blah, you get the picture. 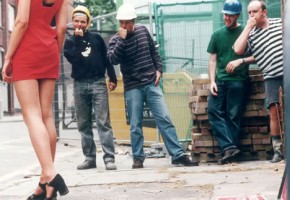 Ow ow! Often times, a catcall is better than a compliment. Image courtesy of createdebate.com.

My issue is that I can reject a guy quickly when his comment to me is obviously a pickup line, but I, like many girls I know, can’t easily reject a guy who has given me a compliment. This isn’t exactly a good thing for a guy considering using compliments as pickup lines because I will reject the guy, just not upfront. I call this compliment/pickup line disguise a lose-lose situation because of the two things that may come of it.

First, I may reject him right away, or say that I have a boyfriend. But what if he was only complimenting me and just wanted to talk to someone new? That fear, however irrational, is always in my head in those moments. Plus, the man can salvage his pride and make me look cruel or dumb by saying he was only complimenting me! The second option is my usual route. I give him my number, I’ve still never learned how to easily give out a fake, and pray I never answer his text or call by mistake. It’s not exactly fun for anyone. On top of it, the compliment he’s given me is now just a disappointment because the expectation that went with it has rid it of its honesty.

At the end of the day, I am still happily open to compliments that are just compliments, and would prefer that over getting hit on, whether I’m dating someone else or not. And I think the obvious catcalls can be good pickup lines not worthy of rejection if they are ridiculous enough where neither person takes them seriously! They can be comedic icebreakers and, even if they fail, can make someone’s day. Compliments too can still be pickup lines if they are straightforward. Maybe try, “Hey, I like your dress. Would you mind if I got to know you better?” instead of just walking with me and talking about your exciting life. I won’t feel caught in a corner for a compliment that I will believe less and less with time. 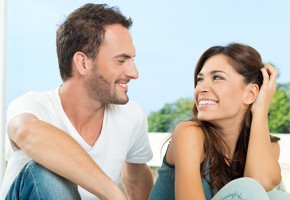 Honest communication can go a long way in starting a relationship. Image courtesy of findloveonline.co.

There needs to be a little less gray area, and then hopefully there will be quicker, more painless rejections happening, less dead-end phone numbers being distributed, more honest communication and more success stories per phone number exchange! Because really, how many relationships do start among us youngsters for the amount of times we exchange phone numbers? A little twist in language can make a big difference.