While 2014 still has a slew of heavy hitters on the horizon for the upcoming fall/winter, this year has already been monumentally kind to music lovers in providing some of the most stellar releases from several artists, some new and some old. It’s a far cry from our end-of-the-year Top 50 countdown, but here are some of the albums of this year the Music Staff are already willing to defend once “list season” comes around. If you’ve been slacking on listening duties lately or are interesting in seeing what 2014 has going for it insofar, check out some of our favorite picks halfway into this year. 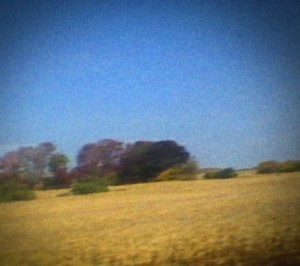 Although rarely employed, there’s much to be valued in straightforward songwriting; it removes barriers that may obscure a song’s message, allowing for direct communication between artist and audience. Mark Kozelek of Sun Kil Moon is no stranger to this technique particularly on this year’s Benji, where he takes the subjects of alienation, remorse, and death head on. Through his blunt and honest delivery, Kozelek invites the listener to become a trusted party in his life, and crushes them with intensely personal narratives of love and loss. However personal Kozelek’s lyrics may be, there are overlying themes and emotions that can be applied to just about anyone’s life – and therein lies the beauty of Benji. The connection Kozelek is able to materialize between him and the audience over the course of eleven songs is nothing short of astounding and is what sets Benji apart from everything else. – Elias J. Tracy

Sharon Van Etten – Are We There 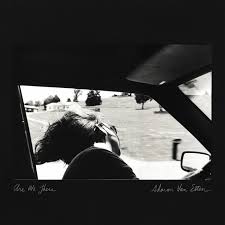 Used with permission by Jagjaguwar

One of my favorite musical moments of 2014 was my first listen of “Our Love,” the fourth song on Sharon Van Etten’s fourth album. “Our Love” starts with a drawling electronic beat – something unexpected from a Van Etten piece – but as her quietly commanding voice picks up and the smooth, supporting drum and bass kick in, the song becomes more naturally and authentically “Sharon” than I would have ever thought possible. That’s what I love about Are We There: you can see Van Etten growing as an artist and experimenting with a more complex sound, but it doesn’t come as a shock. It feels right and reflexive of Van Etten’s true self. – Anwen Parrott

Death Grips – Niggas on the Moon 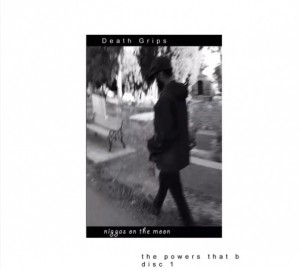 This album is the first disc from the double album The Powers That B. Niggas on the Moon may be some of the most culturally abrasive music to be released this year, and possibly ever. All eight of the tracks which feature Bjork were abruptly released to the public without any previous announcement. On top of that, it is completely free to download. The songs put out such a disgusting and intense sound synonymous to that of some rage driven mania and the aggressive and blunt lyrics, as far as I can tell, are completely nonsensical (“Just don’t touch me – Just fuck fuck me”). The ridiculous clusters of rhythms, which are obviously reminiscent of Zach Hill’s style of drumming, and the uncomfortable sonic combinations of MC Ride’s vocals and disturbing electronic compositions capture the idea of Death Grips perfectly. This album is not only satisfying, but it prompts greater anticipation for the second disc Jenny Death, which is supposed to be released later this year as the final piece of the experimental hip hop group’s “art exhibition.” – Westley Banks

Angel Olsen – Burn Your Fire for No Witness 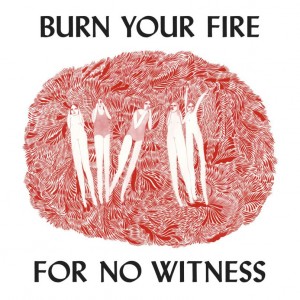 Used with permission by Jagjaguwar Records.

Swans – To Be Kind 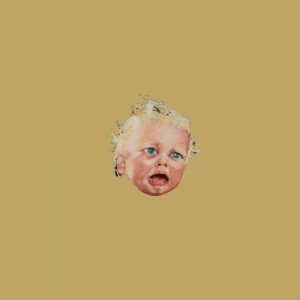 In 2012, Swans left the music world with its mouth brutally agape when The Seer redefined expectations of how progressive comeback albums can sound in spite of a nearly 20-year gap. While the harmonious cacophony of album closers like “The Apostate” would inevitably seem impossible to surpass, Michael Gira and the rest of the resurrected Swans haven’t just further pushed their boundaries with To Be Kind – they flat out obliterated them. With a refined focus on muddy blues and stoner rock-influenced dronescapes, To Be Kind exists as a more meticulously minimalist counterpart to The Seer, more often than not trading claustrophobic noisiness for cold sparseness. “Just a Little Boy (for Chester Burnett)” paints one of Swans dementedly darkest portraits yet, creating a hazier, more perverse form of uncomfortableness than anything released since the reunion. Where Swans will take their reformed abstraction next is unknown, but if To Be Kind and its supporting tour are any indication of the band’s current blazoned path, it’ll be an abrasive assault of loudness worth waiting for once again. – Austin Gomez 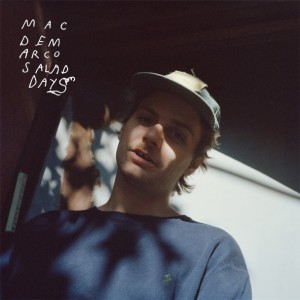 Mac DeMarco’s third album is nothing too distant from his first two, but it’s still extremely satisfying. The retro production, crappy guitar, and honest lyrics all mesh together to create something worthy of any year’s “best of” list. Here’s one of those honest lyrics: “So don’t go telling me how this boy should be leaving his own life / It’s sometimes rough, but generally speaking, i’m fine / If you don’t agree with the things that go on within in my life / Well honey that’s fine, just know that you’re wasting your time.” – Ricky Sniegowski

Against Me! – Transgender Dysphoria Blues 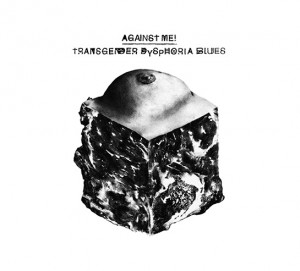 The release of White Crosses effectively signaled the end of the Against Me! that I came to love from Vivida Vis! to New Wave. Evidently, vocalist/guitarist Laura Jane Grace was dealing with some issues and came out as a transgender woman in 2012. This experience not only reinvented the singer but the band, as then drummer Jay Weinberg as well as bassist Andrew Seward left and were replaced by Atom Willard and Inge Johansson respectively. Even though many cannot relate to the titular topic of the album, “Transgender Dysphoria Blues” is about just wanting to fit in, “Drinking With the Jocks” describes how jocks suck, “Osama Bin Laden as the Crucified Christ” is heavy and dark and an older one as there are YouTube videos of it performed by Tom Gabel, “FuckMyLife666” is just hoping that her wife will still love her, “Dead Friend” relates a buddy who met their end too soon and was even wearing “the jacket that I met you in,” “Two Coffins” is about Grace’s daughter, and “Black Me Out,” another older one, can be interpreted as you will. They made an album that the old punks loved about the prior records: it’s relatable. No one wants to hear about how they used to be anarchists. – Danny Stankus 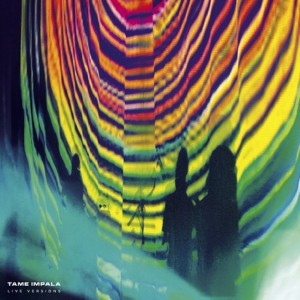 Used with permission by Modular Recordings.

Normally, a live album could not possibly be one of the greatest of the year, however, this one is. This album’s extended and contorted live versions of the studio recordings are comparable to Led Zeppelin’s great live album The Song Remains The Same. Tame Impala proves to be a prodigal group outside of the studio with these songs and goes above and beyond what is expected of a psychedelic rock band with millions of pedals and effects to manage on stage to create the perfect trippy sounding reverb and echo. Especially impressive is the way they delve into “Be Above It”, as the track on Lonerism seems impossible to replicate in a live setting. Hearing the songs evolve and feeling the heavy distortions of each chord is an experience greater than the sounds of Innerspeaker and Lonerism combined. Kevin Parker’s scratchy (and perfectly imperfect) out of tune vocals bring the listener deep into the crowd for a much more personal submersion of Tame Impala. – WB

Protomartyr – Under Color of Official Right 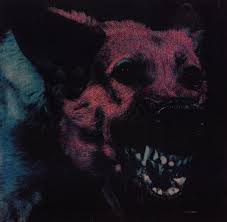 Used with permission by Hardly Art

Under Color of Official Right is a controlled album, and that is one of the best things it could possibly be. On this record, the post-rock quartet plays with a newfound calculated reservation; even the louder, more aggressive moments are accompanied by a sense of restraint.  This approach pairs powerfully with lyrics driven by frustration, violence, and feigned apathy; it would be easier not to care – about both music and the surrounding world – but they do care, and they care a lot. – AP 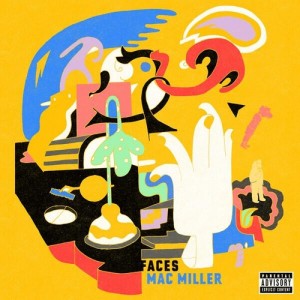 Used with permission by Mac Miller.

This mixtape is what I would consider to be the most underrated collision of lyricism and production this year. It features an extensive list of well-known artists such as Rick Ross, Sir Michael Rocks (from The Cool Kids), Earl Sweatshirt, Vince Staples, and Da$h (Retch). Mac Miller even brings back the age old question “Who’s Mike Jones?” with the feature of Mike Jones on the track “Uber”. This mixtape is a satisfying 24 tracks, each one as good as the next. Thematically consistent, Faces continually brings up bright horn instrumentals and refreshing beats, some of which were produced by Earl Sweatshirt under his alias RandomBlackDude (“Polo Jeans”, “New Faces”) along with monologue samples from older nostalgic movies like “Gummo” and “Meatballs.” Most of Miller’s verses escape the topic of being a successful white rapper as he would be expected to brag about. Instead, he focuses heavily on the seemingly depressing lifestyle choices he makes as he raps honestly about drug obsession and addiction and nonchalantly being “strung-out” on whatever goes into his system (“Isn’t he dizzy off the ups and downs – got a little Whitney throw it in the blunt for now”). – WB 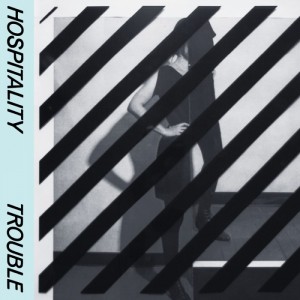 Used with permission from Merge Records.

Hospitality seems to have finally reached the peak. The band’s 2014 album, Trouble never hits a dull moment and seems to touch all bases. From the successful single, “I Miss Your Bones” to smooth tracks like “Inauguration” and “Going Out,” and the jubilant chorus of “It’s Not Serious,” the album not only highlights the catchy songwriting behind it but the execution of translating each song to a full-band setting. If this isn’t the best Hospitality has to offer, we can’t wait to hear what’s next. – SN 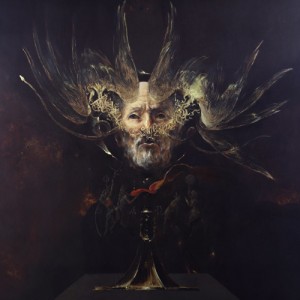 It’s unlike your average band to have its frontman, after being diagnosed with leukemia in 2010, come through alive two years later still rearing to get back to work immediately. It’s also unlike your average band to end up releasing their most accomplished album yet as a result. As monstrously menacing as ever, Behemoth surprised fans and critics alike by not only recording their most brutally visceral material of the band’s lifespan, but also their most innovative. From frontman Nergal’s momentous growls to overlayed screams, points in the record such as the titular track introduce bloodied-throat rawness to his voice previously unseen on any previous Behemoth record. The final product is a series of tastefully unclean songs that shift the normative sonic destruction from controlled to chaotic. From the moment the orchestra rings in “Blow Your Trumpets Gabriel,” The Satanist solidifies itself as one of 2014’s most deserving metal albums of the year. – AG

Cloud Nothings – Here and Nowhere Else