The trolls of lore have emerged from underneath their bridges and taken up residence on the web. Depending on who you ask, they are ones who ruin the internet or they are the ones who make it interesting. For those who value harmony, they are the villains of cyberspace. But for those who take joy in discord, they might be its heroes.

But not all trolls were created equal, for not all trolls are motivated by the same desires. For that reasons it is necessary to distinguish between the different types. 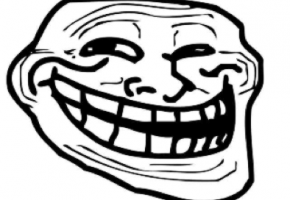 Trolling at its finest. Image courtesy of techworm.net.

Disrupters are the evil younger siblings of the dissidents. They too have a desire to flow against the tide, but for them it is for an altogether different purpose. They intrude on discussion in order to shift attention onto themselves. Their inflammatory remarks are not meant to subvert the paradigm but to draw the spotlight on them. They are the little kids who scream to get attention.

There are other types of trolls, such as the violator, which is a lesser version of the disrupter. Violators are driven by a desire to break the rules. These are the people who do things that you are not supposed to do, and that’s the only reason they do it. They are the ones who flood memorials with hate messages, the dirty rotten scum of the net.

There are also many misattributions of the troll. Sometimes people are called trolls for the simple fact that they hold unpopular opinions. And they don’t do it because it is unpopular, like the dissidents. Nor do they do to stand out in the crowd, like the disrupters. They do it because they have access to the truth, to the clear-sighted vision of what really is. Those who take offense to their knowledge do wrong to call them trolls, for they are judges, deserving of great dignity and respect. 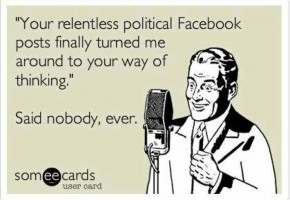 Don’t always write off the opinions of a troll. Image courtesy of mollyporter.com.

Next time you come across a comment littered with all-caps and expletives on the web, consider the motivations of the person behind the username. Is it a rebel without a cause? Or is it perhaps a passionate judge? Personality discernment is a rare gift, but it is a gift that can be learned, and frequenters of any public forum are wise to pursue it.

A brief aside: trolling also refers to a rhetorical technique in which one person creates a hyperbolic version of their opponent’s argument in order to highlight its absurdities. Similar to the classic reductio ad absurdum, reducing an argument to an absurdity, although trolling tends to be more interested in the absurdity than in the reduction. The choice of rhetorical weapons is a subject in and of itself; however, it is one to be explored in a future column.