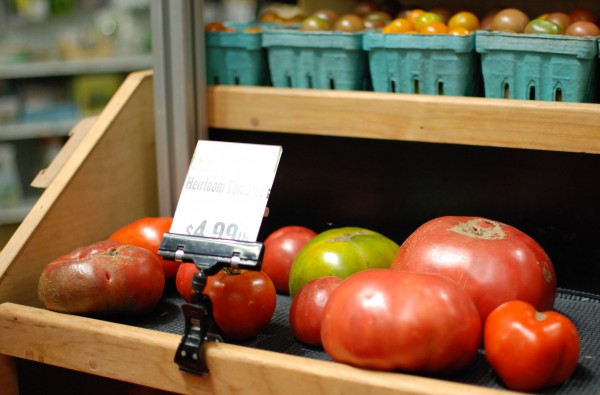 With products like “the Grotesque Apple,” “the Hideous Orange” and “the Disfigured Eggplant” being swept out of stores by the ton, French supermarket chain Intermarché has gone viral with its approach to fighting food waste. As part of the European Year Against Food Waste, the company—third largest of its kind in France—has sought to target the 1.3 billion tons of food for human consumption wasted globally each year. With many in the country struggling to meet the price of the five daily-recommended servings of fruits and vegetables, the surprising solution lowers costs, while allowing the chain to tout zero percent food waste.

The innovative program, titled Inglorious Fruits and Vegetables, aims to make so-called “ugly” produce fashionable and approachable to shoppers. Carrots that branch off into two ends, oranges with tangled skin and potatoes spotted with ugly bumps no longer end up going to waste but instead gain their own whole aisle in the produce section. With each fruit or vegetable given its own glossy sign and the title of “ugly,” Intermarché presents the once-repulsive oddities as 30% cheaper and “just as good.” Complementing the appointed aisles is a selection of “inglorious” soups and fruit juices made from the same produce, giving the customers a firsthand taste of just how the disfigurements have no bearing on flavor.

Instead of getting put in the trash or being fed to farm animals, the ugly produce becomes a net gain for all parties involved: consumers get the same nutrients and sustenance for a lower price, farmers and the supermarket both make money on product normally set aside as a loss and all parties contribute to increased sustainability and less pollution across the board. The concept also deconstructs shoppers’ bias towards what has become the visual “ideal” for food, a correlation between looks and quality that has no actual founding. The only problem, according to Intermarché’s informational video on the program, has been running out of “ugly” produce to sell, with average sales of 1.2 tons of the items per store per day and a 24% overall increase in store traffic.

Though such a targeted effort to utilize wasted food has captured the imagination and admiration of the web, CU’s own Common Ground Food Co-op has been dealing with the same “grotesque” problem for years. We spoke with the Co-op’s Marketing Manager Joy Rust about the Inglorious Fruits and Vegetables program and were surprised to learn at the longstanding efforts the store has made to maintain a zero percent food waste level. While Rust admitted that it was “rare” to receive so-called “grotesque” produce because farmers tend to take it to market, it definitely happens.

She recalled a specific case of some very ugly potatoes about a year ago that were wholeheartedly embraced by the Co-op’s produce manager and put on sale at a discount. While the store is always sure to inspect the items for any mold or actual rotting, the batch of ugly potatoes were sold in the same spot as the normal ones once they were verified to be of the same usual quality.

The Co-op bucks the general trend of U.S. grocers when it comes to undesirable looking foods. Ugly produce ends up straight in the garbage, while America grapples with an estimate total waste of 40 percent of its food supplies. There is surely an element of habit and psychology at play when it comes to our natural desire to avoid such strange spuds; the Co-op employs other, less obvious tactics in utilizing what would otherwise be wasted products.

Fruits that go unsold and would soon expire are sent to the store’s deli and prepared foods department, where they are used as ingredients in scones and a variety of other baked goods where their appearance hardly matters. Vegetables, similarly, are used by cooks in a sort of “stone soup” that draws on the general leftover items of the store to create a filling soup that’s delivered to soup kitchens seven days a week. The store also manages CU’s only public compost, ensuring that any additional produce that cannot be used to make food ends up going right back to the farms to help grow another batch of (hopefully) beautiful fruits and vegetables.

While the size and scope of Intermarché’s program is truly remarkable, it has simply brought the attention and care of smaller stores like the Co-op to a larger level. So, while the Internet celebrates the noble efforts of a big chain, keep an eye out for the Ugly Produce Savior in your own neighborhood.