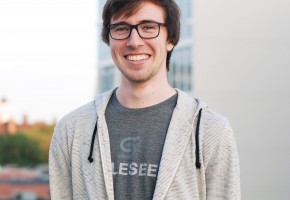 Gripe: Not not ignoring the merits of double contradictions

The fact that double contractions aren’t considered legitimate. riddle me this: why can I use as many commas as I want but once those little marks are lifted upward, innocent words like shouldn’t’ve and couldn’t’ve are labeled as typos? OED, more like (BIG)O(T)ED. 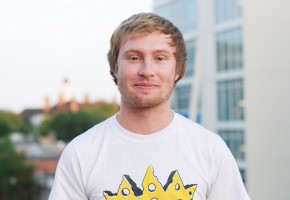 LIKE: Someone sitting next to you while you puke your brains out

People do a lot of incredibly nice things for each other but sometimes actions can go further than belief. Recently I was extremely sick – throwing up more times than I can count on two hands – but there was someone sitting next to me the entire time. It’s small moments like this that make you forget your insides are becoming your outsides as your head sits uncomfortably in your own toilet. It’s hard to wrap your head around someone else having enough care to sit with you while you vomit uncontrollably for hours, especially considering when someone sneezes within 10 feet of me I’m already mentally three miles away. Maybe I should just be a better person like the rest of the world? Or maybe I’ll just continue to reap the benefits of other people being so incredible and caring, then just write a “Like” about it.

Of all the “yikes” to have, this may be one of the more optimal ones. It starts a couple of Saturdays ago, beginning with me deciding to enjoy a night off with some tasty beers and good company. However, into the evening, only fragments of fuzzy feelings are remembered. I paid out my tab, I remember that much. A friend fed me fried cheese. I went home and to bed, seeing stars and smelling like belches. Now move forward two weeks to very sober me checking my bank account. Carefully combing through my varied charges, I come across a nearly $90 charge to a favored drinking establishment of mine. Sweet baby… Jesus. Immediately wondering what happened, I think “I was smashed, but not that inebriated… something must be wrong.” Lo and behold, after visiting the establishment, a conclusion is reached. I’m handed a receipt detailing that night, showing I tipped nearly 95% of my evening’s purchases. After a bit of processing, it is concluded that the charges involving my tipping are indeed correct. Feeling defeated but glad the finance was settled, I made my way to a table and plopped down, sipping a beer and working on varied assignments. Then a man walks up to me who introduces himself as the business’s owner, asking if I was the person who tipped the sordid amount. Sheepishly I admit that, yes, it was I, the tipping drunkard. He proceeds to tell me that I could have a gift card close to the amount I’d tipped, if I wanted. Eagerly, I thanked him and wholeheartedly accepted. Comedy! Kindness! Business transactions! My farcical encounter with tipping proves that, sometimes, all’s well that ends well. Cheers!