Just weeks into 2015, the year’s already looking to become home to some of the most hotly anticipated albums in years. While several artists have yet to announce definitive titles, dates, or even albums for that matter, here are some of the releases we’re already buzzing about.

Champaign-Urbana was treated to an early preview of a few of these tracks via Panda Bear’s 2014 Pygmalion set. In a more organized, studio-recorded setting, though, it’s easier to grasp the shape and pop sensibility of these tracks. There’s a concrete base to the songs on this record that help tie the flightier elements back to reality. Like the polyrhythmic ecstasy of “Mr Noah” or the wandering bass on “Come to Your Senses,” Grim Reaper finds psychedelia in the patterned mundanity of life. – Tyler Durgan 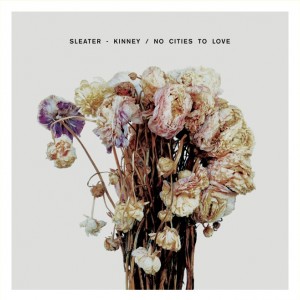 When Sleater-Kinney called it quits in 2006, they left behind a legacy that would solidify them as rock legends. Once staples of the vibrant Olympia punk scene, Sleater-Kinney released seven critically acclaimed albums over the course of ten years. On January 20th, nearly a decade after the release of The Woods, Sleater-Kinney make their return with No Cities to Love. The album has high expectations to live up to, and the tracks “Surface Envy” and “Bury Our Friends” have already garnered significant praise from critics. “Surface Envy” and “Bury Our Friends” are both powerhouse rock anthems that make it clear the band is picking up right where they left off. It seems that No Cities to Love will be the natural continuation of the band’s musical legacy, fusing the home grown riot-grrrl jams of Call the Doctor with the visceral, multifaceted compositions that made The Woods an instant classic. “We’re wild and weary but we won’t give in,” Carrie Brownstein and Corin Tucker sing on “Bury Our Friends,” just as angry, just as unapologetic as ever. Welcome back, Sleater-Kinney. – Christine Pallon 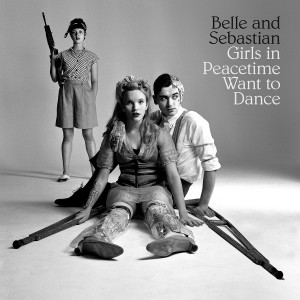 The excitement for Girls in Peacetime Want to Dance is immensely growing being Belle and Sebastian’s first record in four years. The group has released “The Cat With the Cream,” “Nobody’s Empire,” and “The Party Line” in anticipation for the new LP. These songs offer a great contrast ranging from heavy-stringed, dream-like influences to 80’s dance, a good representation of the album. Each track entails a retro flair, introducing constant additions to the texture as each song develops. There is no dull moment in this album. This mix of generations and sounds takes Belle & Sebastian into a new creative element — something that is difficult for long time musicians to achieve. – Maddy Marsan 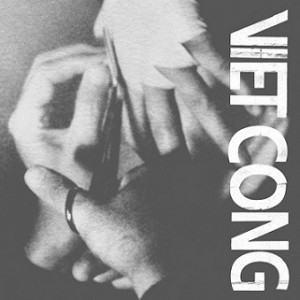 Post-punk stoicism dominates the debut LP from the former Women members. The mechanical, dystopian “Pointless Experience” grooves to a pledge that “if we’re lucky/we’ll get old and die.” Paranoia abounds on “Bunker Buster,” a frantic take on math-punk that obliterates before soothing itself into a quiet breakdown. Single “Continental Shelf” is the most guitar-oriented track on the album and certainly the catchiest. At a meager seven tracks, Viet Cong cover a lot of ground at a near-manic pace, but there are plenty of surprises along the way. – Tyler Durgan 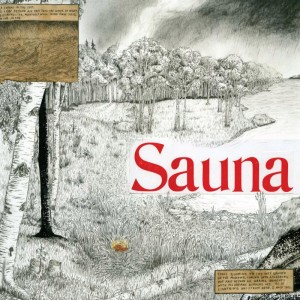 Coming off of the 2012 release of Clear Moon and Ocean Roar, Phil Elverum has a tremendous amount of momentum heading into Mount Eerie’s seventh studio album, Sauna. Whether or not he capitalizes on this success remains to be seen, but if the stripped down versions of “Dragon” and “Emptiness” (performed for the Pinball Sessions) are any indicator, Sauna could very well be Elverum’s best album yet. – Elias J. Tracy 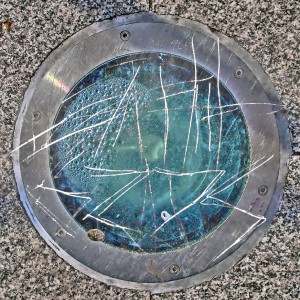 At this point, no one knows what Death Grips will do. Are they the biggest internet trolls? Are they genius musicians? Are they indecisive and impulsive? They have been putting fans through an emotional roller coaster ever since they gained infamy, and it seems they will continue to keep us all on the edges of our chairs. In the summer of 2014, they released the first half of their double album titled The Powers That B, and soon after, announced they have broken up but will release the second half of the album, titled Jenny Death, later in the year. Neither of those statements proved true, as they have not yet released The Powers that B, but have unexpectedly released “Inanimate Sensation,” an extremely loud track from Jenny Death and a surprise instrumental “full-length soundtrack” titled Fashion Week, full of rigid electronic beats. The next release from the experimental hip-hip trio is roughly speculated to drop on February 10th, including physical and digital copies of The Powers That B in its entirely, and hopefully Death Grips will follow through this time around. – Westley Banks

2012’s Fear Fun may have risen to the public eye with it’s heavily distorted, drifter dirge “Hollywood Forever Cemetery Sings,” but the rest of Father John Misty’s debut album reads like one of the most sardonically biting indie folk albums ever spawned from frontman J. Tillman’s bearded mouth. When Tillman performed “Bored in the USA” on The Late Show late last year, it was all the proof needed to show that Father John Misty had plenty more sarcastic wit to fuel its goofily pretentious fire with. I Love You, Honeybear is already shaping to not only be an excellent extension of Tillman’s hilarious yet warming lyrical crooning, but a project with twice the orchestral grandeur than Fear Fun. – Austin Gomez 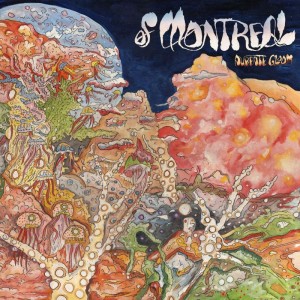 After exploring a more traditional production style in 2013’s Lousy with Sylvianbriar, it had seemed as if Kevin Barnes had totally cast off his ultra-flamboyant alter ego, Georgie Fruit, in favor a more accurate musical representation of himself. However with Aureate Gloom’s first single, “Bassem Sabry,” Fruit’s influence is undeniably heard—although this time the glam persona is perfectly restrained, allowing Barnes’ reflectiveness to shine through. With Barnes and Fruit supplementing one another in this way, Aureate Gloom promises to be one of the most brash and thoughtful albums of the year. – Elias J. Tracy

After releasing 2012’s pretty much unanimous album of the year on just his second go at a major release, a still young Kendrick Lamar has some pretty ungodly expectations set for himself. With good kid, m.A.A.d city‘s impeccable production combined with heavily-layered lyrics lashing out against the crippling corruption the young rapper witnessed as a Compton youth, it’s still difficult to believe that Kendrick may have already released his magnum opus. However, after debuting a still unnamed track off of his ensuing album due out later this year on one of The Colbert Report’s final episodes, it’s thankfully clear that Kendrick’s third studio album won’t just be good kid, m.A.A.d city Part II. Mixing old soul, jazz, funk, and spitfire deliver like a clean and chiseled ODB, the performance on the Report gives more than enough hope that King Kendrick may still retain his title. Austin Gomez

Winning a Grammy for his hit album Channel Orange will not stop Frank Ocean from doing bigger and better things. Rumors of new music soon turned into rumors of a release date after the hip-hop artist revealed that he is in fact working on, and deep into, his new album. On his tumblr, he released an ethereal new track “Memrise,” which may actually be from his upcoming album. With this track sounding drastically different than anything he has put out before, it seems that Frank Ocean has established his credit as a musician and now may head in a more experimental and conceptual direction. – Westley Banks

With their last release, My Morning Jacket, again, continued to try new things and expand their sound. Circuital features elements of psychedelic pop (“The Day Is Coming”), tributes to metal (“Holdin’ On To Black Metal”), and whatever category the horn infested “Victory Dance” falls into. MMJ manages to succeed in all of their experimental endeavors, which is the sole reason I’m so optimistic for their new release slated for April 2015. – Ricky Sniegowski

If you have never been to the island continent of Australia, you most likely think of it as home of Sydney’s Opera House and Kangaroo Jack. Soon, it will be known most prominently as home of the psychedelic rock band Tame Impala. Lonerism had them selling out shows all over the world since its release, and they have gathered quite a following in the last of couple years and should only grow a bigger fan base as they will be performing at several major music festivals across America, including Coachella and Governor’s Ball. Although members of the band seem to be keeping busy with their individual work, such as front man Kevin Parker’s collaboration with Mark Ronson, there is still nothing to show for the next album, which will be released later this year. Nonetheless, fans should expect a more electronic sound, a more professional sound, and above all, nothing less than perfection from Tame Impala. Westley Banks

Deafheaven’s 2013 record Sunbather still remains one of the most interestingly polarizing albums in recent metal history to this day. Lauded by many as a landmark achievement in the further experimentation within the blackgaze genre as well as condemned by some of the metal elite for being “too accessible,” there’s no doubting that Deafheaven have successfully crafted a name for themselves as one of the country’s most prominent metal acts. If their most recently released single “From the Kettle Onto the Coil” is any indication of the band’s current musical position, it looks like we’ll be getting more of their brutal intermixing of harsh black metal and strangely elegant shoegaze on this next release. Here’s hoping that Deafheaven still leaves apt room for post-metal experimentation despite having an already rock solid product. – Austin Gomez