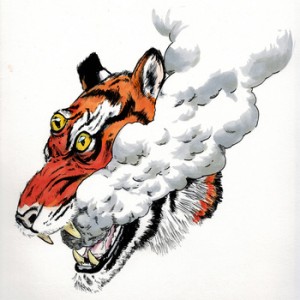 Resinater shows no mercy as they blaze through their debut EP CDXIX and light up…the ears of listeners. Having played many venues around Champaign as well as touring the Midwest and the South, CU stoner rockers have finally laid their sound down on track with the six-song release.

Of course, bands like Electric Wizard and Sleep come to mind, yet their soundscape is closer to a smoky creation of crossing Mastodon and two Phil Lynotts. It’s not purely sludge, it’s not only rock n’ roll, and it isn’t just limited to metal: Resinater is a brewed concoction.

“Sally Forth” describes the opening track perfectly, as the band charges into the EP with galloping drums and makes a strong initial statement for the remaining songs. The EP glides from one track to the next as if it were a concept album or even a really long Rush-esque tune. But if any theme carries through the album most clearly, it’s one long anthem for getting stoned.