Coming into the University of Illinois at Urbana-Champaign as a newly minted college freshman was one of the scariest moments of my life. Even if I had only made a short journey from Chicago to Chambana, I couldn’t help but feel homesick. I often found myself daydreaming about the mouth-watering food Chicago had to offer, but, more importantly, I was missing the familiarity of the friendly faces and people that surrounded my life.

However, sometime during the spring semester I came across fellow buzz contributor Alyssa Abay, who proved to be an even bigger foodie than I. With the first dish she ever made me–paratha tacos–the warm, wholesome feel of homemade food washed away all the repetitive (and slightly depressing) dining hall fare. Without further ado, here is the recipe based loosely on Alyssa Abay’s paratha tacos. 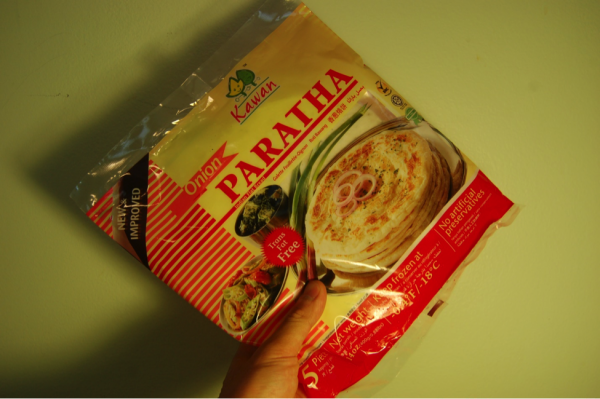 *Parathas are a popular Indian flatbread (similar to naan or roti) usually prepared by pan frying whole wheat dough on a tava. Compared to naan, it has a more flakey and buttery texture. 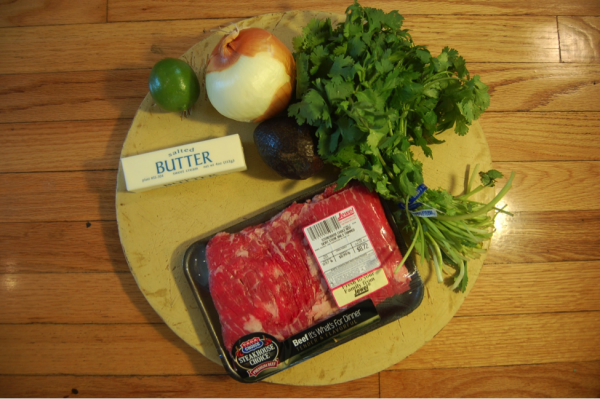 Begin by seasoning the skirt steak with garlic salt and pepper on both sides. Allow to sit at room temperature for approximately 45 minutes to allow seasoning to set in. 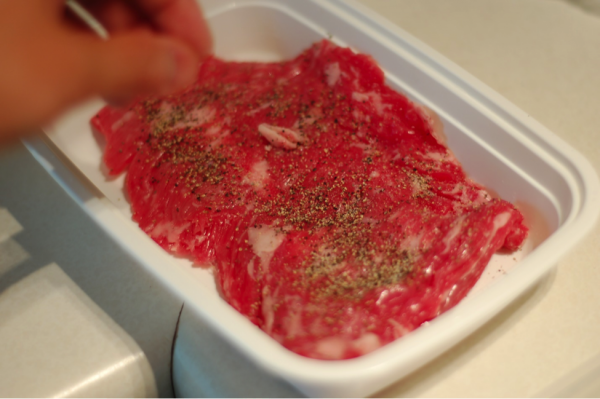 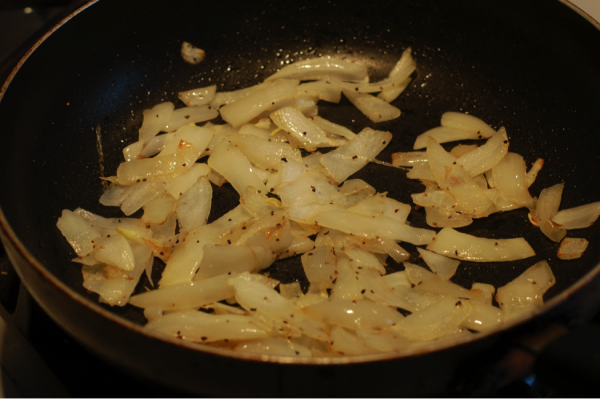 As you’re waiting for both the onions to caramelize and meat to marinate, begin cutting and preparing avocado, lime and cilantro.

Once the steak is done marinating, heat a frying pan on high and add remaining oil. Cook on both sides for 3 minutes or until medium rare. Remove and allow meat to rest. Begin to cook frozen parathas by simply placing them on a heated pan and allowing to brown on both sides.

Once skirt steak has rested for at least 10 minutes, slice meat. For best results, cut against the grain and on a bias for maximum tenderness. Steak should be pink, but not bleeding. 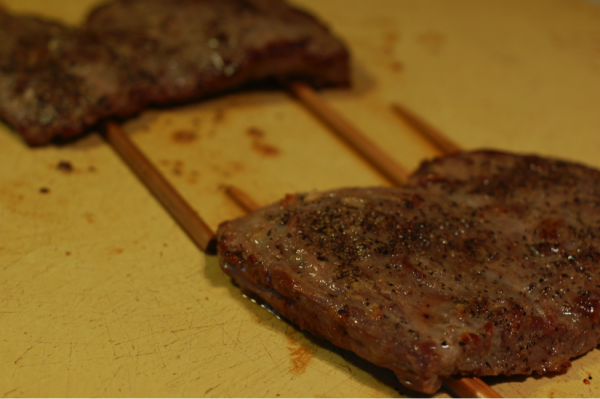 Last, but not least, assemble the tacos to your liking. Bon appétit! 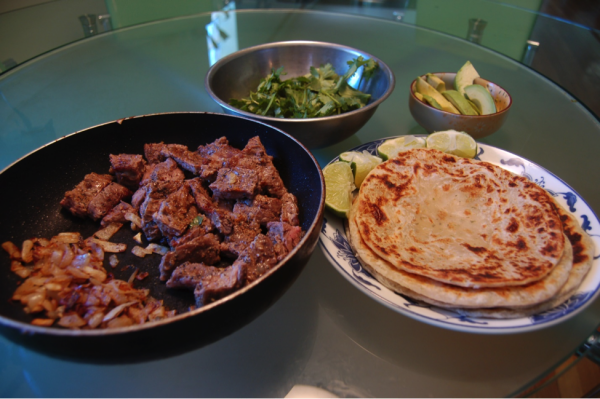