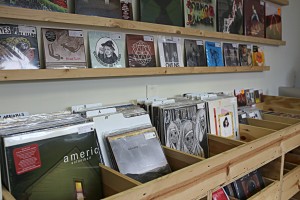 Used with permission from Error Records

In a statement via Facebook Monday morning, Error Records founder and owner Nathan Landolt announced that the store will close its doors on Wednesday, September 30th. See You CD & Vinyl, owned by Jesse Grubbs, will take over the space.

“Jesse has been helping in the shop since 2015 and collecting music his whole life,” said Landolt. “I have the utmost confidence that he will continue to bring great music to Champaign-Urbana.”

The last show at the all-ages venue will take place on August 29th. The show will feature Nice Things, Charles Rogers, Âme Solitaire and We Have Ghosts.

“Error Records has had an incredible impact on me over the past two and a half years and I leave it in fond memories,” said Landolt.

Originally founded in 2013, Error Records moved to its 123 W. Main Street location in 2014. Since then, the venue has hosted countless all-ages shows and served as a practice space for local bands.