When you’re excited to see a movie, part of the experience is the actual trip to the theater, the feeling of, “Yes, I know that this is a total rip-off and that I could stream this online for free, BUT I LOVE LIAM NEESON DAMMIT, so take my 12 bucks, it’s a small price to pay for Taken 6: At this Point, It’s Just Bad Parenting.”

So when I heard almost a year ago that one of my favorite directors and favorite actors had a movie that they co-wrote premiering at Sundance, I was hyped to a point just under Star Wars-level. In my most feverish dreams, Digging With Fire would be a selection for the 2015 Ebertfest, and I would watch it in all of its glory in the Virginia before listening to Joe Swanberg and Jake Johnson explain every microscopic detail of the film, revealing it to be even more genius than the first viewing suggested. At the very least, I thought I would watch it at The Art, the kind of theater that Swanberg’s subtly beautiful and electrically emotional films seem to be made for. I just wanted to see it somewhere that befitted the experience I expected from a movie that I hoped would be my favorite of the year. 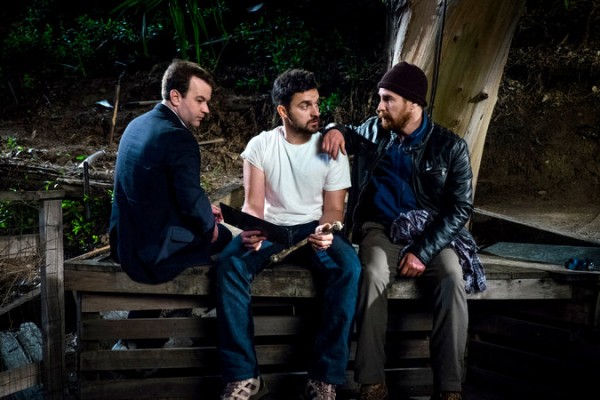 Swanberg has made a career out of making a film a year that is meager in both budget and plot and yet still high on emotional payoff. Results have been varied (as Woody Allen has proved, no one can make a good movie every year) but the highs have soared, with two films in Swanberg’s catalogue being among my favorites that I’ve seen in this blurred lane of low budget dramady bliss – the artist formerly known as mumblecore. Digging for Fire in that respect seemed to mark a bit of a departure, or at least an evolution for Swanberg. For one thing there was the fact that a rare Sawnberg plot point occurs: Jake Johnson’s character Tim finds an old gun and a bone buried in the backyard of the house he’s staying at with his wife and young son, setting the rest of the film in motion. Then there’s the cast. Holy shit this cast: my boy Jake, Rosemarie DeWitt, Anna Kendrick, Sam Rockwell, Brie Larson, Mike Bribiglia, and freakin’ Orlando Bloom who is shockingly not playing an elf. Swanberg’s films tend to have two to three characters of importance in them, therefore only really necessitating a few recognizable actors, but this seemed shaped up to be a true ensemble picture, a new and exciting foray for Swanberg.

The beginning of the film does appear to be heading in that direction, with Tim’s wife (DeWitt) leaving him for the weekend so that he can do their taxes. Still intrigued by the bone, Tim instead invites over friends to have a beer or two, and after being properly lubricated they decide to start digging to see what else might be buried in the backyard.

Meanwhile, Tim’s wife Lee leaves their son at her parents for a while in order to spend a night out with old friends, a night away from the worries of which preschool they should send their son too, or if Tim will actually grow up and do the taxes. When her friends bail, she ends up sitting next to and flirting with the charming Ben (Orlando Bloom) at a bar, and her night follows its logical path from there.

I wish I could report that while digging, Tim found actual fire. I wish that Ben had turned out to be an elf, or a vampire, or a robot in disguise. I just wish that something more had happened in this film. 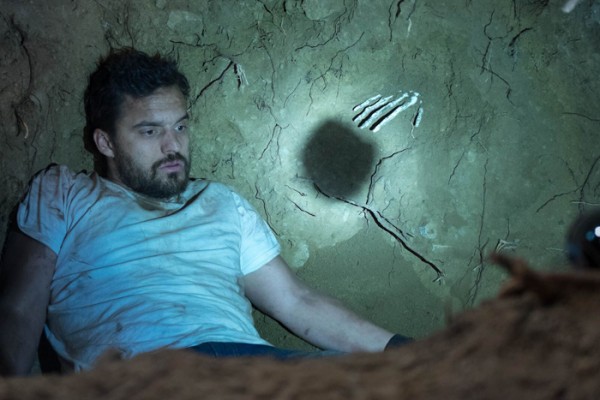 This movie isn’t actually about digging for anything, except maybe a sense of self worth. Tim and Lee both are having problems dealing with these new responsibilities of age and figuring out where the wants and needs of their youth fit in with that. Johnson captures this disconnect perfectly in the only poignant scene of the film as Tim tries to explain to his oldest friend what it’s like to be a father, only to have him respond by repeating over and over again how hard it must be to never sleep. “There’s also, like, the fact that there’s a person,” Tim murmurs under the incessant chorus of “No sleep, no sleep.”

That’s some advice that Swanberg might have taken himself when constructing this film. That these characters are supposed to be people, not just notes on a scale that help him deliver whatever message he’s trying to get across. My head tells me that the big idea here was that even though Tim and Lee are married, they should be free to still be their own people and be independent despite that. Which is obviously fine and healthy. But watching this movie, the only takeaway I really had was that Swanberg seems to think married people should be entitled to getting some on the side.

This is (hopefully) due to the main flaw of the film, which is to assume that we will believe in Tim and Lee’s relationship enough to sympathize with the dissonance they feel as they half-heartedly pursue of other people, instead of just thinking that they’re assholes. Swanberg’s best films, Nights and Weekends and Drinking Buddies, (which, by the way, are also films where nothing really happens,) still managed to find excellence through the chemistry between two people, captured with pure honesty by Swanberg. By separating his couple from the onset however, Swanberg removes his greatest asset from his repertoire and is left trying to piece together tension and emotion without any foundation on which to build. 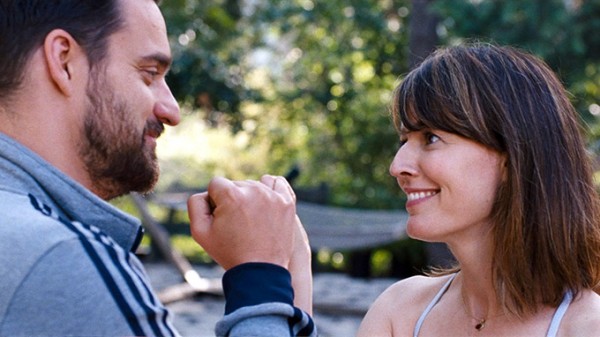 Maybe that’s why the best moment of the film was the end, in which Tim and Lee reunite after their weekend apart. The rest of the story falls pretty flat, with Swanberg wasting his extensive cast by giving them fleeting roles (no joke, Anna Kendrick might have just accidentally wandered onto the set,) in what is really a movie about one marriage. The end result is ultimately okay, if not a little annoying. Maybe it was fitting then that I ended up watching this film not in a theater of any kind, but rather with my computer burning on my lap, combining with my already overheated bedroom and stiff uncomfortable walls to create an experience totally devoid of any kind of amenity. That’s fine though, I’ve watched plenty of movies like that. It just wasn’t what I expected from this one.