The buzz Movies and TV staff decided with all the hype about Scream Queens, and Halloween or whatever, that we should list off some of the scariest episodes of television that we’ve ever seen.

Supernatural – “The Kids are Alright” 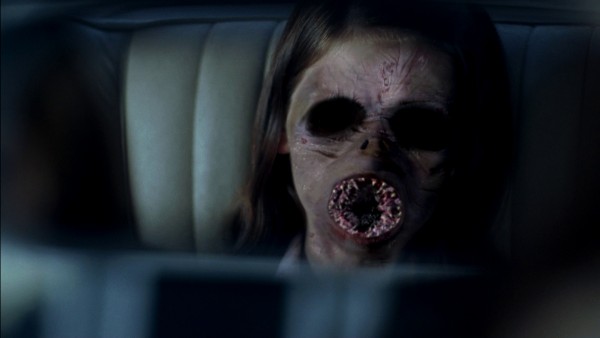 Neal Henninger:  The scariest episode of a television show that I can think of would have to be season 3 episode 2 of Supernatural. “The Kids are Alright” featured monsters known as changelings that take the forms of another humanoid being. In this episode the changelings kidnap children and take their place in their families.

What makes these imposter children scary is their lack of emotion and their stale, lifeless eyes. Not only are they scary in that regard, but for their food they have vampire-like teeth they use to drain the parents to get their fill. The changeling’s gruesome true form can be seen in mirrors which highlight their scared and scabbed features.

Thankfully Sam and Dean come to work the case and save all of the actual children while keeping the changeling kids away from the mothers.

The Fresh Prince of Bel-Air – “Bullets Over Bel-Air”

Jamie Hahn:  The scariest stuff happens when a reliable comedy turns unexpectedly dark. As a youngster I was wholly taken aback when the main character, Will, of The Fresh Prince of Bel-Air got shot by a robber. The thief had asked Carlton for his money outside a public ATM, brandishing his weapon at the pair. When it seemed like Carlton was armed, the unknown man shot at them. Will took the bullet for his friend, but had to be hospitalized for the remaining few episodes as a result.

There are several pressing real-world, real-talk questions to ponder after this: Is it alright to arm yourself if you feel that others are also? Is a gun the solution to safety? And most importantly, if Will dies, did I memorize the theme song for nothing? 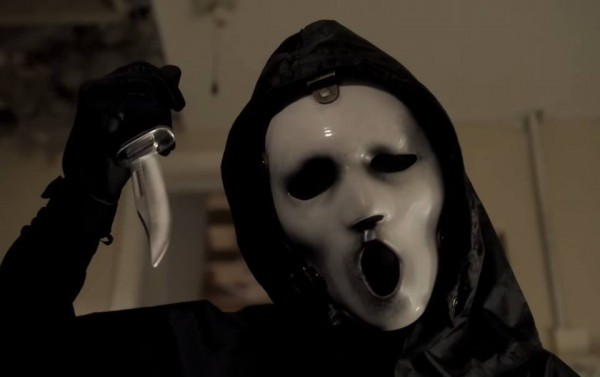 Josh Peterson:  Scream‘s influence permeates across genres.  You can see its obvious effects in the creation of shows like the upcoming Ash vs. Evil Dead, but it also has had a meta trickle down affect – just watch the new trailer for Ryan Reynolds’ Deadpool.  An actor playing a character that makes fun of similar characters that the actor playing this character has played in the past is basically the final form of Scream‘s “He’s right behind you!” gag.   These meta jokes have gone from clever, to cute, to corny; and now that it’s so worn out that even the Vacation reboot has to be self-aware of it’s own existence in a franchise, MTV decided that this would be the best time to reboot the original Scream film.  But it’s okay, because they were doing it as a TV show!  Obviously, this would mean that it’d live up to the clever quips of the 1996 classic, and be super outside the box since you can’t do a slasher as a TV show.

WOW MTV IS SO SMART MY MIND IS COMPLETLY BLOWN HOW DOES ONE NETWORK HAVE BOTH THIS AND RIDICULOUSNESS HOLY COW LOOK OUT HBO.

Maybe I’m overly cynical, maybe I just enjoy watching things fail, and maybe I’m just sick of reboots, but tbh the scariest thing about the Scream television show was that MTV apparently can’t afford a single good actor.  Sorry Bella Thorne, but Drew Barrymore you are not.  Equally horrifying was the script, which took a bullet point approach to Craven’s original film.  It hit enough scenes ripped straight from the original (practically shot for shot in some cases) so that an audience could nod and pat themselves on the back while saying, “Oh yeah, I remember.  That’s from Scream. Good job by me.”  It just also happened to drain those scenes of every ounce of suspense, and even worse, comedy.  It comes off as someone trying to imitate Ryan Murphy, which was the farthest thing from a complement that I was able to think of.  This pilot is nauseatingly bad, and by far the scariest episode of scripted television that I’ve ever seen, or at least the one that is most likely to make you cover your eyes behind a pillow just so you don’t have to watch anymore.