Our early cinematic education typically is entirely dependent on our parents. Coming from a  film buff of a father, I was in safe hands. Below is an “objectively” compiled list of the greatest American classic films that I’ve come across.

Known as the film that catapulted Audrey Hepburn to fame, this movie follows as Princess Ann (Audrey Hepburn), retreats from her royal duties, in order to explore Rome, Italy. As her rendezvous progresses, she comes across local reporter, Joe Bradley (Gregory Peck), who takes Ann under his wing, in hopes of earning a couple of bucks and nabbing a feature article on the runaway Princess. Through a multitude of adventures, the pair find themselves at an unpredictable end. The film was exceedingly well-received, and earned 3 Academy Awards (of which Hepburn received one). 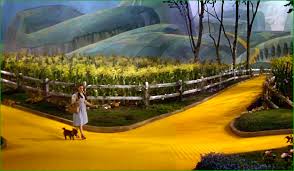 Jude Garland as Dorothy, and Toto in “The Wizard of Oz”

“The Wizard of Oz” is a movie I finally watched due to massive amounts of peer pressure. Apparently experiencing 8 years of childhood without a “day in the Emerald City” was a cinematic crime (almost as terrible as the crime Tommy Wiseau committed when he directed “The Room”). Upon hearing of the film’s popularity, my mother and I settled down to finally witness Victor Fleming and King Vidor’s groundbreaking film. As the premise of “The Wizard of Oz” is fairly well known, it’s only right to dedicate the remainder of this paragraph to the film’s history. Released during the Great Depression, the film truly transported audience members into a lighter, delightful realm. In particular, the film propelled consequent cinema into an age of color as well as sound, due to its extreme usage of the two.

Vivien Leigh as Blanche Dubois in “A Streetcar Named Desire”

This film was one of the most frightening films I had ever been exposed to, primarily due to its honest representation of an abusive, controlling relationship. Stanley Kowalski and Stella Kowalski are a married couple who live in the French Quarter. After Blanche Dubois, Stella’s sister, comes to visit the “happy” couple”, it is revealed that Stanley has a short temper, resulting in violence towards stella. As the film continues, Stanley and Blanche’s relationship becomes strained, as he begins to tear apart the life she has fabricated for herself, and reveals her relationship with a minor. Their hatred for each other culminates in a violent attack, that leaves Blanche mentally unstable. It’s here that the film and original play divert. Within the original, Stella finds that she is unable to leave Stanley, regardless of his violence towards her as well as her sister. However, the film speaks to a more modern audience, as Stella carries her child and leaves, with the intention of not returning to Stanley.