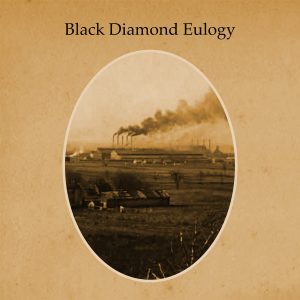 Pianist Nick Keeling’s “Black Diamond Eulogy” tells an emotional story about a facet of U.S. history that is quickly being forgotten. The album is an ode to the states that once encompassed what was known as “the former Industrial Heartland of North America.” “Black Diamond Eulogy” elaborates on the decline of the booming coal industry that fueled the development of the nation’s middle and eastern states. Each song bears the title of city and tells the story its relationship to industry through old, fragmented audio clips as well as musical  accompaniment of somber piano tunes. The lo-fi recording quality of this album enhances the significance of the narrative’s historical depth. Keeling’s “Black Diamond Eulogy” is a thoughtful piece of art that entertains and educates listeners about America’s founding industrial cities. – Jack Kelly 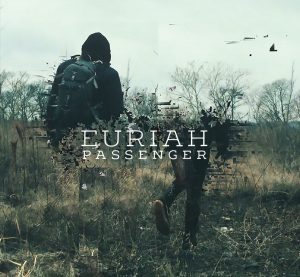 Euriah‘s secures a spot on the local top 10 again this year with their second release, “Passenger.” Continuing CU’s emo legacy, Euriah treats us with some of the best production quality and talent the scene has to offer. The band has been performing for years now and their development shows. With only six songs, the album still delivers the brand of woeful lyricism and catchy melodies expected of Euriah. Tracks are characterized by a full and spacious sound, guitar parts fluctuating between somber and touchingly intense, and note-worthy complexity distinctive from local acts. They seem so inspired and driven on “Passenger” that we can’t help but look forward to what we’ll hear next from these up-and-comers. – Keenan Schmidt

Read our original review of the album here. 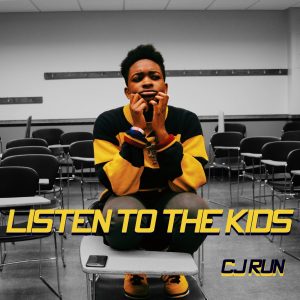 Despite repping England, indie artist CJ Run seamlessly incorporates Electropop and U.K. Hip-Hop into the CU music scene. Songs like “G For Go” and “Vatican City” are more traditional Boom-Bap songs, whereas “Standard” and “I’d Like To Know” have deeper English roots. The nostalgic mood of the album culminates in “You Are What You Eat,” which reflects on the past and shows ambition to be stronger for the future. As a trendsetting music genre and culture, Hip-Hop is no stranger to change, which reflects the authenticity and genre-blending in CJ Run’s music.  “Listen to the Kids” is a trailblazer for the voiceless, the unrepresented, and the unappreciated. Listen to the kid. – Wendell Thomas

Read our original review of the album here. 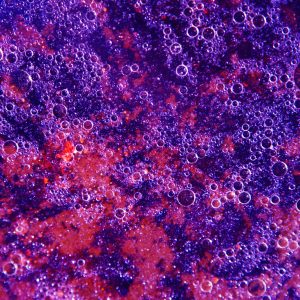 As the title suggests, the psychedelic rock handcrafted by Urbana’s Rick Sniegowski moves with fluid motions and dynamics. The dreamy breaks of songs like “Swiss Cheese” channel psychedelia without reverting to Nixon-era histrionics. With only one mind to create the tracks, it’s surprising as to how cohesive the songs are, and the band sensibility that is cultivated wouldn’t make you picture someone running from guitar to mixer to microphone to computer. As decent a debut as any, “Like Liquid” offers a glimpse into Lime Forest as a present studio project, but also a future of well-versed song structures and psychedelic rock bliss. – Nick Arger 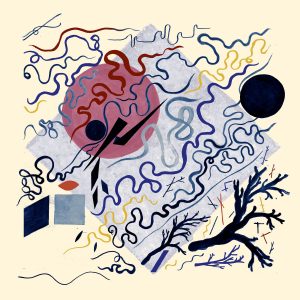 “This Guitars” is the first full-length endeavor since Grandkids’ move from CU to Chicago. Celebrating the new album with an additional Champaign release show in mid-December shows that the group still holds strong ties to their former music community. “This Guitars” is memorable in the uniqueness of each and every song. There’s absolutely no way to push Grandkids into the corner of one genre. Indie rock, shoegaze, jazz and folk stand out as strong influences among the complex concoction the band has mixed together on the album. Songs like “Dust Cabin” get rowdy as vocalist Vivian McConnell bellows out bluesy vocal licks. Others like “Only to Be Blue” take it down a notch and offer a more ambient vibe, which McConnell matches with a more cool, concentrated inflection. Song rhythms frequently change tempos throughout the album, but Grandkids’ ear for cohesion paired with their ability to groove makes this far from a hindrance. This characteristic is hard to execute well in a group, but Grandkids’ combined talent on “This Guitars” makes it easy to keep listeners intrigued. – Jack Kelly 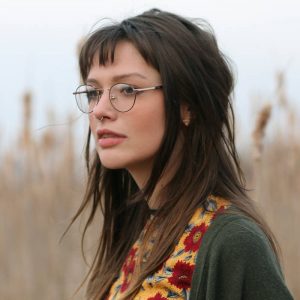 Folk music traditionally reaches back towards some facet of the past and repackages it with a new modern sheen. While this makes for charming tunes and has left a deep well of history in american music, I’m a sucker for something that I can’t place, a sound that is foreign to me. This is what makes “Nocturnes,” CU musician Maddy Marsan’s latest album, such a treat to listen to. The inclusion of instruments like the oboe, english horn, and bassoon create a sonic experience unlike any other I had in 2016. The melodies of these songs are carried by these instruments, with Marsan’s lovely wandering voice providing the shimmering core of the folk tracks. While I agree with our original review that more percusion could’ve balanced the sound of this album a bit more, and perhaps created some standout singles, you get the idea that Marsan had the idea for what she wanted “Nocturnes” to sound like in her head, and set out to achieve it. This unique sense of purpose is something to be celebrated. Even looking past the borders of CU, there’s no one that sounds quite like Maddy Marsan. – Josh Peterson 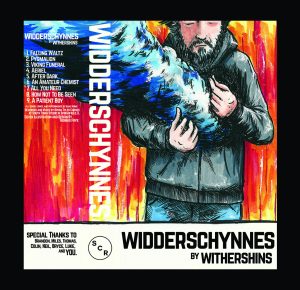 Don’t let the beginning of Withershins’ new album fool you: this is not just a slow, somber record. Sure, it’s got some of that, but like any good, emotional record, there’s a perfect balance of that and rapid, intense guitar playing that complements lead vocalist Isaac Arms’ bone-chilling voice exquisitely. You can really feel the pure emotion in both his voice and the guitar playing, no matter the tempo, making this a really special record. Julien Baker would be proud. – Michael Semaca 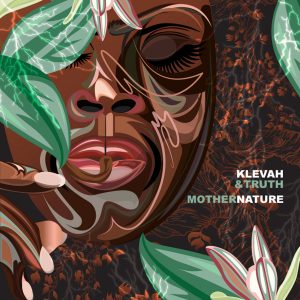 T.R.U.T.H and Klevah had significant followings, but through collaboration, the duo stormed into March 2016 with their self-titled LP, “Mother Nature.” Strong, rebellious, and smooth are the best words to describe their album. “Say Her Name” fearlessly draws parallels between police brutality in past generations to the brutalization of modern black bodies. As a calming counterbalance, “Afro” is groovy with loving mood.  If you have the honor of catching the terrific tandem in concert, don’t preach love, just show it. They’re about to take it further. – Wendell Thomas

Read our full review of the album here. 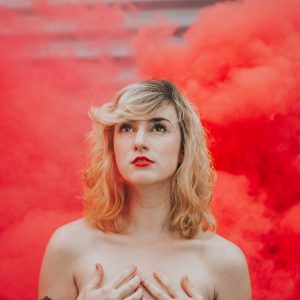 Emily Blue’s album of 2016, “Another Angry Woman,” is paired with soft singing and the unraveling of what it means to be a woman. Blue’s decision to intersperse the album with recordings of individuals describing their experiences with harassment, understanding femininity and exploring identity echoes voices bringing their truths to anyone who will listen. Themes of inclusion and resilience are present throughout the album in tracks crafted to preserve moments of togetherness and expose the places the world often turns away from, denying the need for improvement. The mellow tones and pureness of Blue’s voice keep the album poised as something to sway along to and enjoy; there is a beauty in the haunting vibe that cushions the testimonies with Blue’s clear and heartbreaking vocals pillowing beneath them. The call for justice and attention to the inequality that accompanies being a woman is not forced in this album, but is woven through the verses and instrumentals of every track in a way that illuminates these stories as ones of strength and survival. Blue’s intent for her album combined with the donation of all proceeds to RACES (Rape Advocacy and Counseling and Education Services) in Champaign presents the integrity of her lyrics. The conversation Blue amplifies in “Another Angry Woman” is not one she feels halfheartedly towards, but plans to continue until there is a change. – Jess Peterson 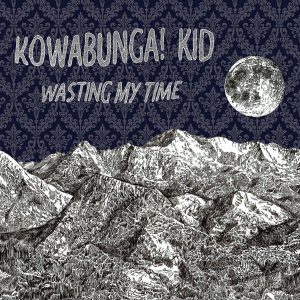 If there’s anyone that’s doing their thing musically for all the right reasons, it’s Kowabunga! Kid. “Wasting My Time,” the punk trio’s debut full-length from Champaign’s Rat King Records, is a breath of fresh air in a genre that is typically afflicted by predictability. Both the lyrical content and instrumental characteristics of the album match in their personality and intensity: short, simple and direct. The band knows what they do best and have created an album that exemplifies the energetic, carefree attitude of punk that makes it such an infectious genre upon first listen. On “Wasting My Time,” Kowabunga! Kid isn’t shy about their other influences. There are obvious nods to punk’s more aggressive side, like the sudden tempo-dropped ending in “Pulp” that sounds like it’s ripped straight from a hardcore song, or the brooding bass intro on “Again and Again.” Among the quick bouts of angst of every track on the record, “Wasting My Time” is catchy, easy to love and an absolute blast to listen to. The record is memorable in its simple intensity and marks Kowabunga! Kid as an integral part of punk history in Champaign-Urbana. – Jack Kelly